This week, we are back in the Caribbean on our voyage across the British Overseas Territories.

Second perhaps only to BVI in infamy and celebrity, it’s finally time to take a look at the Cayman Islands, from time to time referred to as the Americans’ preferred tax haven.

But, as always, we start a very long time ago.

The Cayman Islands were likely uninhabited by the time it was discovered by Christopher Columbus. If there had been any human settlements before, they had not stayed long enough to leave any evidence for architects to find (as of writing).

As such, Cayman Islands enter historybooks on the 10th of May 1503, when heavy winds drifted Christopher Columbus off-course. He was headed for Hispaniola (today Haiti and Dominican Republic) but instead came upon two islands (Little Cayman and Cayman Brac), full of tortoises. The islands were dubbed Las Tortugas.

A map from 1523, author unknown, shows three islands (Little Cayman, Cayman Brac, and Grand Cayman) together under the name Los Lagartos, meaning the alligators. By 1530, the name had changed to the local tongue variant: Caimanas.

The islands were home to pirates, smugglers, shipwrecked, and escaped slaves until the British took control in 1670, then as a part of Jamaica.

Permanent settlements in the late 17th century were initially unsuccessful, with arrivals from Jamaica being driven off by Spanish privateers. It was not until 1730 that a permanent settlement was first formed on the Cayman Islands.

In November 1794, ten ships wrecked off the eastern coast of Cayman Islands. The ships were a part of a convoy for HMS Convert. Thanks to the help of local Caymanians, everyone involved in the incident survived. Legend goes that there was a member of the royal family on board on one of the ships. As a sign of gratitude towards the locals for helping save his relative, King George III that the Cayman Islands would never be conscripted for war and never subject to British tax. 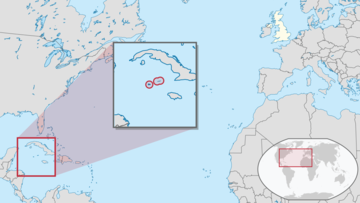 Cayman Islands companies are primarily regulated under The Companies Law 1961 (last revised 2013 as of writing).

There are mainly four types of companies available:

Companies can continue in the Cayman Islands and some Cayman companies can be continued elsewhere. This is also called redomiciliation or continuance of a company.

This type of company is not really relevant for this context as it is limited in scope to local trade and requires a license. Shareholders must be submitted to the Registrar of Companies as well as immigration authorities to ensure ownership remains local.

This is one of the two business entity types most common for offshore incorporation. Ordinary Non-Resident Companies are similar to Ordinary Resident Companies, but require no license and need not submit list of shareholders to the immigration authorities. However, they may not trade within the Cayman Islands.

Annual general meetings must be held but can take place anywhere.

There are no audit and filing requirements.

One director and one shareholder are required. One person can assume both roles, although the board of directors typically has at least two members. Except for companies that engage in certain regulated activities, there are no limitations on minimum or paid-up share capital, but share capitals over certain amounts are subject to a higher annual fee (up to around 2,500 KYD as of writing).

Exempt companies are essentially the same as Ordinary Non-Resident Companies with a few modifications.

Notable, Exempted Companies may issue bearer shares (must be immobilized) and information about shareholders need not be disclosed. Additionally, they need not hold annual meetings and can have a secondary name in non-Roman script (for example Chinese characters).

Exempted Companies can also apply for a tax exemption, valid for 50 years, in case the Cayman Islands were to introduce a tax. With a long history and strong tradition of no tax, some view this as nothing more than a means for the registered agent and government to gain additional revenue from companies.

Limited Duration Companies are exempted companied with a limit on how long they will exist (maximum 30 years). The memorandum of an LDC may contain certain conditions or events under which it is automatically wound up.

LDCs must have at least two members, meaning a single person cannot take on both the role of director and shareholder.

You guessed it. There isn’t any. At all. Save for a stamp and import duty.

The cost of incorporating and maintaining a company in the Cayman Islands starts at about double to triple of an IBC and goes up from there. For the smallest of businesses, these costs can be prohibitive.

For Ordinary Resident Companies, all company details are available to public inspection.

For Non-Resident and Exempt companies, only some company details appear in General Registry, such as memorandum, date of incorporation, and registered address. Names of directors and shareholders do not appear in public records for these types of companies.

Cayman Islands companies are required by law to maintain due books of account to show flow of revenue and the financial status.

This is difficult to assess for the Cayman Islands. On the one hand, it’s definitely a tax haven and its secrecy was problematic for a while. On the other hand, the government and CIMA have worked hard to turn the Cayman Islands into a fairly reputable jurisdiction.

OECD considers Cayman Islands to be Largely Compliant. The main areas of weakness are surrounding availability of information of beneficial ownership in complex structures and some lapses in accounting requirements.

Signing of the Convention on Mutual Administrative Assistance in Tax Matters will likely improve the international perception of the Cayman Islands.

Cayman Islands is a major trust jurisdiction and as such have most of the features in place one would expect from an offshore trust.

Trusts can opt to be exempted (tax exemption), in which case a 500 KYD annual fee applies. No other government fees are in place for trusts and non-exempt trusts need not be registered.

There are no taxes levied on trusts but a 40 KYD fee is payable, although this does not compromise the confidentiality of the trust as names of involved parties are not disclosed.

A specific law – the Confidential Relationships(Preservation) Law – is in place to strengthen the confidentiality of trusts and regulates the conditions under which information can be disclosed.

Protectors and private trust companies are permitted. There are mechanisms in place to prevent forced heirship.

The Hague Trusts Conventions has not been enacted in the Cayman Islands.

Modern banking in Cayman Islands began in 1953 when Barclays opened the first commercial bank on the islands, although it did not deal with international banking. The rise of the Cayman Islands as a banking center coincided with the until then most prominent Caribbean tax haven, Bahamas, moving towards independence which made investors nervous.

The first bank to truly take on international banking was the The Bank of Nova Scotia (today Scotiabank), which set up base in 1965. The mid-1960s saw many infrastructural improvements in the Cayman Islands followed by several new laws, such as the Banks and Trust Companies Regulations Law.

Compared to for example the more discreet Swiss, the Cayman Islands banks and even regulators spoke proudly about their confidentiality to attract business during the 70s and 80s. Money laundering was more or less tolerated.

In the 1990s, the hedge funds industry became big business in the Cayman Islands.

Continued strong secrecy and laissez-faire regulations led to massive international criticism of the Cayman Islands, which in 1997 responded by enacting the Proceeds of Criminal Conduct Law (PCCL), which drastically weakened the banking secrecy in the Cayman Islands, which until then was among the strictest in the world. With the PCCL came due diligence standards and procedures in line with international standards.

But it wasn’t enough. In 2000, a major slap in the face was dealt to the Cayman Islands when FATF listed it on its 2000 list of uncooperative jurisdictions – but it was not blacklisted.

In order to get rid off this blemish and following the 9/11 terrorist attack on the US, Caymanian banks and fiduciaries were forced to perform retroactive due diligence. Because of the enormous cost of this process, a lot of small-time clients were thrown out from Caymanian banks.

Today the Cayman Islands banking sector is focused on high-networth businesses and individuals, although smaller clients are accepted from time to time.

The strictest forms of banking secrecy in the Cayman Islands are gone and the authorities are able to compel banks to disclose information. Despite initial attempts to avoid, Cayman Islands was ultimately forced to sign up for the EUSD, providing automatic exchange of information for personal accounts. It is also a signatory to the Convention on Mutual Administrative Assistance in Tax Matters.

In addition to the aforementioned company management and banking sectors, the Cayman Islands are well known for many other financial services such as insurance, funds (hedge funds and mutual funds), and maritime operations.

There are over 11,000 mutual funds registered in the Cayman Islands.

Founded in 1996, the Cayman Islands stock exchange (CSX) is specially catered for funds and securities to be publicly traded. It has over 1,400 listings and a market capitalisation of over 1 billion KYD.

If you have ever strolled through a large harbour with yachts, you may have noticed a lot of them having one of those flags with a small Union Jack up in the corner and a blue backdrop, and under the vessel’s name it is written Georgetown. That’s a yacht registered in the Cayman Islands, Georgetown being its capital.

Some 2,000 vessels – ships of all varieties and private jet aircrafts – are registered in the Cayman Islands.

Cable & Wireless (doing business as LIME) have an effective monopoly. Things have been getting better in the last couple of years, though. For a long time, internet connectivity was abysmal in the Cayman Islands. It’s now among the better connected territories in the Caribbean, but still of course decades behind solid land.

The Cayman Islands is generally considered the most developed of the Caribbean islands (arguably second if you include Bermuda) with a high standard of living. The islands are fairly well connected by air with several flights per day to the US.

Unheard of, except for stamp duty and import tax.

Very, very difficult – except for companies that qualify under initiatives like the Cayman Enterprise City or those with professional skills not found among the local population, usually within financial services.

Forming a company in the Cayman Islands is costly but there are reputational advantages over many other tax havens, including BVI and Anguilla.