Today, our quest to explore the British Overseas Territories continues. Next on the agenda are a group of islands often wrongly attributed to being in the Caribbean when in fact they are located quite a ways out into the Atlantic: Bermuda.

With an almost squeaky clean reputation, this jurisdiction plays a pivotal role in large-scale tax planning. But can Bermuda be used for smaller operations as well? And how is different from almost everyone else? Let’s find out!

The islands of Bermuda may have been uninhabited prior to the arrival of Spanish settlers in 1505 when they were discovered by Juan de Bermudez.

In 1612, an English ship (the Sea Venture) bound for Jamaica crashed on Bermuda in a hurricane. The Sea Venture can be seen to this day on the Bermuda coat of arms, which also appears in the flag.

This marked the first settlements on Bermuda. The shipwrecked later continued their journey to Jamaica but returned to Bermuda after seeing famine in Jamaica. The new settlers tried to build up agriculture but were unsuccessful.

With the creation of the Somers Isles Company, Bermuda was divided into nine parts, each with a different owner. The Somers Isles Company’s efforts failed to yield successful crops. This had the side-effect that slavery in Bermuda never took off quite as it did in for example the Caribbean. Instead, Bermuda grew as a for the time relatively equal multi-ethnic society.

As we learned when we were looking at Turks and Caicos Islands, Bermudians arrived in 1678 and set up salt raking operations. This effectively meant that Bermuda had created its own colony and colonies were not permitted to do so. Meanwhile, Bahamas laid claims on TCI. A long legal dispute followed which ultimately saw Bahamas gain control over TCI.

Unable to find another source of income, Bermudians took to their largest natural resources, the Bermuda cedar, and started making ships and soon earned a reputation for being some of the best ship builders. The Bermuda rig and Bermuda sloop were very popular with privateers and merchants.

Bermuda was left alone until the American independence war, during which Bermuda’s strategic location would play an important role in the English fighting. At the same time, Bermuda relied heavily on North America for food imports. When the English lost military bases and territories on the mainland, Bermuda became an extremely valuable port.

Hamilton was founded in 1790 and by 1815 had become the capital of Bermuda.

In the years between the wars in the Americas and before the outbreak of the first world war, Bermuda grew rapidly as a tourist destination for wealthy Americans.

During the second world war, the British gave the US right to rent land to set up military bases on various British territories, including Bermuda where a base was set up in 1941. This effectively handed over military responsibilities of Bermuda to the US and was a big relief for the British military. The base was closed in 1995.

Following the end of the second world war, Bermuda has seen great growth and prosperity. A new constitution was enacted in 1968. A referendum for independence was held in 1995, with nearly three quarters of the voters rejecting independence.

The economy is today primarily dependent on international financial services and tourism. 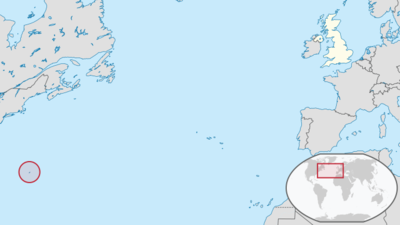 Essentially all financial activities mentioned here are regulated by the Bermuda Monetary Authority (BMA) which – hands down – ranks as one of the most responsive and informative of financial services commissions and equivalents.

The BMA frequently invites the public to discuss regulatory changes and best industry practices. What I’m getting at is if there are other regulators out there reading this: Learn from what BMA is doing.

Companies are primarily regulated by the 1981 Companies Act, with major changes taking place in 2005 to bring Bermuda in line with new international standard on compliance. This brought along the Companies Amendment Act 2006.

Under this law and amendment, Bermudian companies are required to have 60% local ownership but can opt out of this by not trading with local persons or companies, except for other so-called exempted companies.

A minimum of two directors is required, both of which must be natural persons. A resident company secretary is also required, although one of the directors can and often does assume the role as secretary. The sole exception to this are for companies whose shares are publicly traded on a designated stock market, such as New York or London. There must be at least one shareholder, which can be a natural or legal person resident anywhere.

Other Companies and Entitites

Foreign companies can establish themselves in Bermuda as a permit overseas company. These are in essence companies incorporated abroad but which carry on business in Bermuda like an exempt company with most of the same regulations and requirements.

Partnerships are available, including a Limited Partnership. Two partners are required. There must be a local representative, which need not be one of the partners.

None, unless the company has local employees in which case a payroll tax applies (up to 14%).

Fees in Bermuda are higher than in many other jurisdictions. The government fee alone stands at just under 2,000 USD minimum per year; more if the company has a share capital of greater than 12,000 USD (shares valued at minimum 1 USD each). Adding registered agent’s fees and other fees on top of this, it can often cost 4,000 USD and up per year just to maintain a Bermudian company.

Public records are available at the Bermuda Registrar of Companies.

Bermuda is not a particularly suitable if you are looking to hide your affairs. The regulator, BMA, goes through great lengths to ensure due disclosure.

Required by law. Audits can generally be waived by the shareholders.

It’s a tax haven, but it’s quite possibly the most reputable one in the world. When there is a media crusade against the likes of Apple and Google, which utilize Bermuda as a part of a greater tax minimization structure, it is usually the companies’ names which are dragged through the mud and not so much Bermuda’s.

The OECD has given Bermuda the rating Largely Compliant. The gaps are mostly about ongoing monitoring.

With secrecy all but removed, Bermuda has established itself as a reputable financial center.

Bermuda is quite popular for its trusts, which as a whole are governed by several laws, such as the The Trustee Act 1975 and Trusts (Regulation Of Trust Business) Act (for trustees/trust companies).

Each Bermuda trust must have one resident trustee in order to avoid stamp duty (no other tax is applicable). This can be a nominee or a public or privately held trust company.

Although not defined in law, protectors can be assigned. These are meant to ensure that the trustee continues to act as per the settlor’s desires. The protector is usually empowered to remove trustees.

Trusts need not be registered or disclosed to Bermudian authorities, unless the trust has an ownership interest in a Bermudian company.

Governed by the BMA under the Insurance Act 1978, insurance, re-insurance, and related services make up the lion’s part of Bermuda’s international financial services sector, accounting for over 160 billion USD of GDP.

A wide range of different classes of insurance or re-insurance licenses are available, enough to cater to anyone’s insurance issuing needs. Several of the world’s largest insurance companies are present in Bermuda in one way or another.

Strict regulations are in place to prevent abuse and keep the jurisdiction’s reputation clean.

Foreign banks were for a long time entirely excluded from Bermuda, which means that the banks that are active in Bermuda have real links to the local economy, ranging from everyday finances to tourism to financial services. This is unique among most if not all other small tax havens, whose banking sectors are enormously inflated by having several hundred times more in foreign capital deposits than from the local economy.

The banking sector is regulated by the BMA under The Banks and Deposit Companies Act 1999.

Banking is of a generally high quality. Minimum deposits vary from none to the millions depending on type of services required.

There is no IBA in Bermuda.

Non-bank financial services is a well developed sector in Bermuda, with many wealth management and fund management companies being licensed by the BMA.

Bermuda has a relatively strong IT infrastructure, with multiple cables directly to the US.

Notable web hosting and IT service providers in Bermuda include Logic, QuoVadis, and Paragon. Prices are very high compared to USA and Europe, but affordable compared to the likes of Cayman Islands.

Life in Bermuda can be very comfortable and luxurious, being one of the highest-income territories in the world. Unlike most tax havens, Bermuda has a strong domestic economy and the international financial services sector is well-integrated into every day life.

Hurricanes can be a problem.

A work permit is required and getting a job is almost impossible outside of senior legal and financial service professions. The local work force is highly skilled and competition is fierce for what few jobs exist. Starting a business based in Bermuda is equally difficult.

Retiring in Bermuda is limited to three categories:

Bermuda is one of the most interesting tax havens, although the costs puts it out of reach for small operations.