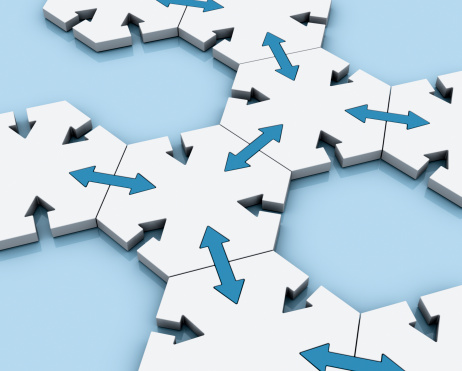 The idea of automatic EOI (AEOI) goes back far in time and finding means to avoid AEOI is an idea at least as old. The first realizations were first the so-called EU Savings Directive and then the big bomb: FATCA.

Banking information is information related to a bank account; traditionally the kind of information presumed protected by banking secrecy.

With the adoption of the Common Reporting Standard (CSR), whose implementation is often called AEOI (Automatic EOI), the need for TIEAs has decreased dramatically.

However, because the CSR doesn’t automatically exchange the minute details about corporate ownership and instead mostly focuses on banking information, there is still a need for TIEAs to be signed.

Under the old-style TIEA and similar arrangements, banking secrecy would sometimes block EOI and while this was criticized, it was more or less accepted as normal order of business in the world of international financial services and regulatory enforcement. You did what you could with TIEA and went after people based on ownership.

With FATCA and CRS/AEOI, the focus has been almost exclusively on banking information. By and large, companies that do not bank are not subject to automatic disclosure. If you form an offshore company and it doesn’t hold a bank account, it’s possible even in this day and age to keep the company confidential.

Long-term readers and industry veterans will know what UBO is and traditionally has been. Short for Ultimate Beneficial Owner, the UBO is a person who ultimately benefits from a financial arrangement, such as a bank account or a company (or a trust, or a foundation, or an exotic multi-layer arrangement).

I explained this in detail in a recent article, Offshore Basics.

These are relatively new terms and have come about after arrangements were made to make UBOs essentially not UBOs. I.e., structures were put into place by service providers, law firms, and agents whereby an UBO under existing UBO definitions were declared but weren’t actually the person benefiting from the setup.

A CP is a Controlling Person and a PSC is a Person with Significant Control. These concepts are relatively new at least as parts of the general discourse.

Recognizing that UBO dodging was prevalent, the concepts of CP and PSC were introduced to capture persons that control a company or other through other means other than company ownership.

The terminology is still pretty loose here, but I’m seeing Reporting Profile used more than anything else right now. In addition to how banks score applicants based on their Risk Profile (as I talked about recently), you are also assigned a Reporting Profile based on a myriad of factors, such as:

Of course, not all parameters are treated equal. Having a US citizenship is a lot more likely to qualify you for a FATCA Reporting Profile than having an email address that ends in .us.

My point is that banks piece all these data points together to determine what type of reporting they are obligated to do for your account. You can have multiple Reporting Profiles if you for example fit under both FATCA and CSR/AEOI.

You can also (and as such) be reported to multiple jurisdictions, so-called multi-jurisdictional reporting.

A colourful plethora of words have sprung up to describe means, mechanisms, and techniques to mitigate exposure to AEOI.

Evasion of AEOI is when a person leverages non-compliant or non-signatory jurisdictions.

This is typically illegal or at least non-compliance with regulations.

Deception to mitigate AEOI is when a person lies to banks and service providers regarding the person’s citizenship, residence, and other factors that go into ascribing someone a Reporting Profile.

This, too, is typically illegal or at least non-compliance with regulations.

With the introduction of CP and PSC declarations, obfuscation has become quite a lot harder but it’s still possible.

As much as I wish I could be more specific here, I can’t because obfuscation requires intricate knowledge of the applicant’s situation. If you’re a Swede living in New Zealand, operating an online business through a Hong Kong company with a subsidiary in UK and bank accounts in Hong Kong and Switzerland, you’re going to be in a whole different situation than a South African national (with UK dual citizenship) living part-time in Namibia and part-time in Singapore with a passive income earned through a Hong Kong holding company owned by a BVI company, both of which bank in different jurisdiction.

This is the peace and quiet approach, where you make arrangements to be fully compliant.

You can spice this one up a bit by going for mooting, where you make reporting moot by making lawful arrangements whereby the reporting doesn’t matter or at least doesn’t cause a negative impact on your life. For many, this means moving to a jurisdiction with tax advantages, such as UAE, Panama, or Malta.

It might in many cases not end up tax free, but it instead comes with the advantage of being legal and sustainable with relatively little to no headache. There should be no risk of repercussions due to tax law non-compliance to you or your business.

Illegally, keep running from one jurisdiction to another to use evasion or deception techniques. While stressful and impractical in many cases, it can absolutely work in cases where the reputation of jurisdictions don’t matter much or where uprooting and suddenly moving company or bank account to a new jurisdiction isn’t going to cause a ton of friction.

Legally, stop being the UBO, CP, or PSC of a company, trust, foundation, or similar and any bank accounts associated with them. This can be done by obfuscation or by mooting, as explained above. Basically, you need to remove yourself from the entity or arrangement in question to such a degree that you do not fall into any Reporting Profile.

Even though it has undergone revisions and quality control, there are still loopholes in the Common Reporting Standard. I’m not aware of any reputable, reviewed, public sources but if you search around the web for “CRS loopholes”, there are websites out there describing loopholes. (I don’t at all mean to imply that the websites are irreputable or conclusively state that the information therein is incorrect. Just be careful taking free legal advice about loopholes.)

How to avoid FATCA

Illegally, stay informed about jurisdictions that haven’t signed IGA and even in such jurisdictions, make sure you don’t bank with a bank that has on its own volition opted in for FATCA compliance.

If you have reached the end of the article and find yourself thinking “You wasted my time, Streber, just tell me how to avoid CRS, AEOI, and FATCA” or “I thought you were cool“, I have two things to tell you:

Those who throw up their ands and declare banking secrecy and offshore secrecy dead are obsolete service providers.

The reality for most is that adaption (mooting) is cheaper, safer, and preferable than any other option. With the right financial means, obfuscation arrangements can be made. As a general rule, it’s probably not worthwhile unless the assets have a seven-figure value of some kind.

15 Comments on "AEOI Mitigation (How to Avoid AEOI, CRS, FATCA)"