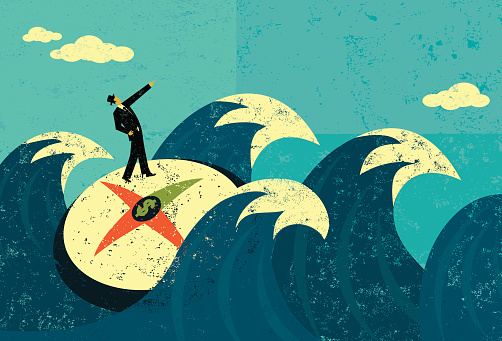 Since I brought STREBER Weekly (which is more bi-weekly right now) back, I have made better use of services such as Google Analytics to see how you find my little corner of the internet. There is a lot of good interaction going on in the comments as well as the forum, mostly amongst readers who are somewhere between moderately to very well-informed on how tax havens, offshore banking, and everything around it works.

What I can see, though, is that a lot of you find this website while searching the web for pretty basic terms or come from websites that aren’t exactly known for providing accurate information. This post goes out to you, navigators of the offshore waters who have only just begun to get your feet wet.

This article is going to be peppered with links to other articles. I recommend that you finish reading this one before you dig deeper, though.

On average, a tax haven (also called offshore jurisdiction or international financial center) is a sunny island which either has been or presently is an overseas territory (colony or otherwise) of the United Kingdom.

These jurisdictions either have no or very low tax, or have special tax systems that treat specific companies or wealths differently (for example by exempting foreign companies from taxation).

Additionally, tax havens are typically very secretive. There are often no public registries of companies and their shareholders and directors. Banking secrecy is often very strong by law to make it difficult

In the Cayman Islands, it’s possible to form companies that pay no local tax and whose ownership can easily be hidden from public knowledge. There are many banks in the Cayman Islands and strict banking secrecy protects the identity of account holders.

Switzerland is mostly known for its rigorous banking secrecy. Companies do pay tax in Switzerland but it’s quite low compared to most of its neighbouring countries.

Panama has a public registry for companies and companies have to pay tax. What makes it a tax haven is that Panama uses a tax system whereby a company only pays tax on income earned locally (called Territorial Taxation). Simplified, this means that a company incorporated under the laws of Panama which does not trade in Panama, in the end does not pay any tax in Panama. Panama also has strong banking secrecy.

Strictly speaking, on offshore company is simply put just a company like any other company, except it has been incorporated under the laws of a different jurisdiction than where the owners of the company are based. This broad definition would also include situations where for example two Canadian entrepreneurs form a company in Denmark to make it easier to trade in Denmark, despite neither jurisdiction really being a tax haven.

Therefore, an offshore company is better defined as a company which is incorporated under the laws of a tax haven (see above).

Offshore companies are often used for one or both of three reasons:

There are many legitimate reasons for using offshore companies. But there are also a lot of people using the secrecy and tax-free nature of offshore companies to conduct illegal activities such as fraud, tax evasion, and money laundering (more on that later).

As mentioned, offshore companies are often formed as International Business Companies (IBCs). This type of company originated in the British Virgin Islands (BVI) and is designated to be an extremely flexible and easy-going type of company to form and run, typically without public disclosure of owners and even directors.

Some are drawn to offshore jurisdictions to incorporate types of companies that aren’t available back home. For example, some seek out jurisdictions that have LLC (Limited Liability Companies) of the US-variety. See more in my article Comparison LLC vs. IBC (vs. others).

Historically, offshore bank accounts have been associated with rigorous banking secrecy. However, a number of international treaties and pressure on secretive tax havens has eroded much of the old secrecy. Today, the reality of secrecy is a lot more nuanced.

By banking offshore, you may be able to access currencies and financial instruments and services your local bank cannot.

A trust is an agreement between two or more parties where one party (the settlor) entrusts assets to another party (the trustee) for the benefit of a party (the beneficiary or beneficiaries).

Other roles may exist, such as a protector, whose role is to supervise the trustee to ensure that the assets are being handled in a manner that the settlor approves of or would approve of.

Trusts are not companies. They are in fact not entities at all. A trust is simply a contract. However, trusts may be given a name to simplify administration.

Contrary to what some marketing texts may lead one to believe, a trust cannot be own a company. Why? Because a trust is not a person or business entity; it’s an agreement. However, a trustee can own a company on behalf of the settlor for the benefit of the beneficiary. The distinction may seem petty but it’s important to understand.

Foundations are sometimes described as a hybrid of a company and a trust. While the history and reality are both more complex than that, it’s still a pretty apt description.

Unlike a trust, a foundation is a legal person. Unlike a company, a foundation can in and of itself not undertake commercial activity.

In a foundation, ownership of assets are surrendered to a foundation, which is supervised by a council. Foundations usually have beneficiaries. The exact structure of a foundation is laid out in its founding documents.

This is you, usually.

A few years ago, the UBO of a company was a person who directly or indirectly owned at least 25% of a company.

As an example, Bob and Alice form a company (Company A). Bob owns 80% and Alice owns 20%. Back then, this would have made Bob the beneficial owner while Alice would simply be a small shareholder.

This is all important because banks and other financial service providers are required to perform due diligence on UBOs of companies, trusts, foundations, and bank accounts. Nominees are not helpful in this case.

Nowadays, the definition of UBO varies between banks, regulators, tax authorities, et cetera. The lowest (most) common denominator is 10%. For practical reasons, going lower simply produces too much paperwork for banks when on-boarding new clients.

Now, forming a company with 11 shareholders isn’t going to make this disclosure requirement go away. The bank will then simply ask you to identify the parties that have the most influence and control. If you are unable to or the bank doesn’t believe you, you’re probably not going to walk away with a bank account.

Publicly traded companies are usually exempt from UBO disclosure since it’s often either not known or knowable or simply impractical to know who all the owners are. Nonetheless, a bank may inquire about any large shareholders, such as founders or board members.

Also called Controlling Person (CP), SCP is a concept where the UK is leading the way. Anyone with a company in the UK will be familiar with the recent requirement to disclose to the Companies House a list of people with significant control over the company. For most people, this list is identical to the shareholders register. However, there are cases where a person may hold few or even no shares and still have significant control over a company.

If you are using nominees for a UK company, this means that your identity must be disclosed as a PSC since you, under most nominee agreements, can remove the board of directors and even shareholders at any time.

It is expected that more jurisdictions will adopt this requirement.

Obtaining citizenship in a tax haven is something touted by a lot of service providers as some sort of end-game solution. In reality, the benefits are quite limited and narrow. Chances are you won’t be any better off with a purchased citizenship. Obtaining through residence in a country you actually live in is usually the better route in almost all cases.

Some tax havens offer programmes where investors can obtain citizenship by investing a certain amount of money in specifically designated investment funds or property (real estate). Examples include Dominica, Saint Kitts and Nevis, and Malta. The capital requirements are several hundred thousand USD or EUR plus several thousand for dependents, and several thousand in administrative fees and other costs.

The programmes are a good source of income for jurisdictions which have made the programmes workover the years. Many have been shut down after they faced severe international criticism, notably Belize‘s. The jurisdictions that still offer it work hard to weed out undesirable individuals (criminals) from obtaining citizenship.

People who undergo these background checks and pay the money are often motivated by settling down in these tax-favourable jurisdictions, enjoy visa-free travel (in the case of Malta and the EU, access to the whole Schengen and EU/EEA areas), and the ability to for example open bank accounts without disclosing their original citizenship.

What does the rule book say about all this?

Many websites are quick to point out that neither forming an offshore company nor opening a bank account outside of your home jurisdiction is illegal.

What is illegal is when you use your offshore company or offshore bank account to hide money or engage in illegal activities, even if such activities are legal where the company is incorporated but not where you live.

This is the concept that stops most would-be offshore entrepreneurs from lawfully conducting their businesses through zero-tax offshore companies and dodge tax back home.

By and large across the world, you are required to pay tax where you live. For companies, it means they are taxed where their business activity actually place.

I go more in-depth on this topic in an article on Tax Residence.

So how are all those gigantic corporations able to hide all their profits in tax havens and not pay any tax.

The exact answer to that costs millions in consulting fees with very good, very well-paid tax professionals around the world, who help businesses like Apple and Google reduce their tax bills by making lawful.

For one, they do occasionally get hit with back taxes and penalties.

They also have the financial means to establish tax residence and, in some cases, negotiate with governments for special rates or preapproval of complex structures.

The offshore financial industry is to many synonymous with tax evasion, which is the act of not paying lawfully owed taxes.

Initiatives such as FATCA by the US and CRS/AEOI (Common Reporting Standard / Automatic Exchange of Information) by OECD is making tax evasion increasingly difficult.

I go into more detail in an article on tax evasion: Dark Side Part 1: Tax Evasion.

For a deeper dive, see Dark Side Part 2: Money Laundering.

I have written a number of other posts which go more in-depth on the subjects discussed above.