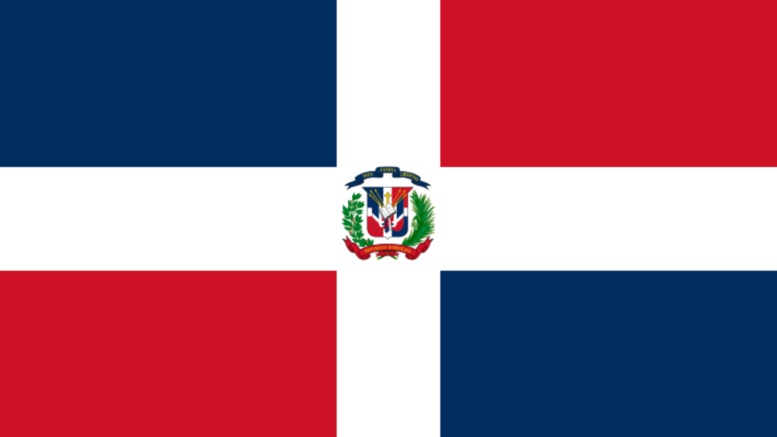 Often confused with Dominica, the Dominican Republic is that Spanish-speaking country which shares an islands with Haiti. It also one of the nastiest tax havens around, home to barely-regulated offshore banks and secretive companies.

The Dominican Republic is located on the island of Hispanola and some smaller islands. It is the second largest country in the Caribbean, after Cuba, and the largest economy in the region.

After French, Spanish, and brief Haitian rule, the Dominican Republic gained independence in 1844. It hasn’t been entirely smooth sailing since then, though. Under the dictatorship of Pedro Santana, the republic was briefly handed back to the Spanish crown in 1861 after severely oppressing any opponents. This led to the Restoration War of 1863 to 1865 when the republic again gained independence.

The instability continued through the 1900s with American military intervention (1916 – 1924). In 1930, Rafael Trujillo, often called El Jefe (The Boss), gained power and ruled as a dictator until 1961 when he was assassinated. This was during a time when many other nations in the Caribbean and Central America were under dictator-like rule.

A democratic election was held in 1963. Two years later, American intervention took place against to ensure the Dominican Republic didn’t become another Cuba (i.e. communist). A civil war lasting about ix months broke out in 1965. The intervening forces installed a new president, a former puppet of El Jefe Trujillo: Joaquin Balaguer.  Keen to live up to his mentor’s teachings, this new president ruled the republic with an iron-fist for 12 years.

It’s important to note, though, that both Trujillo and Balaguer modernised and improved life in many ways. This is not unique to the Dominican Republic. Dictators across South America and Caribbean committed heinous atrocities and human rights violations, while with the other hand improving infrastructure, culture, education, health care, et cetera. This makes retelling the histories of the region particularly challenging.

Balaguer lost power in 1978 and failed to be re-elected in 1982. The eight years between 1978 and 1986 saw peace and stability increase in the battered republic. But in 1986, Balaguer won the election and he was re-elected in 1990, and 1994. These presidencies were much more liberal.

Since then, the Dominican Republic has enjoyed relative stability and respect for human rights. It still struggles tremendously with fair enforcement of laws, corruption, and crimes such as narcotics smuggling and money laundering, amongst other financial crimes.

The size of the economy in contrast with its poor money-laundering controls makes it one of the riskiest jurisdictions. 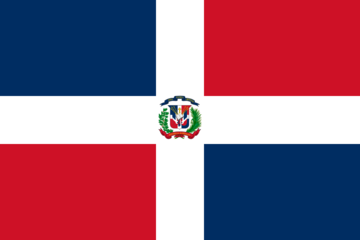 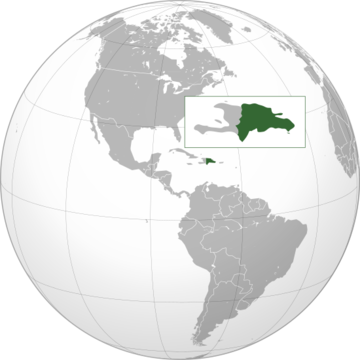 Starting a business in the Dominican Republic is a process riddled with red tape, delays, and frustration.

If you have ever formed a Panamanian company and think that forming one in Dominican Republic is going to be about as easy, buckle up and lower your expectations a lot. It’s more comparable to Costa Rica, except there is no fast-tracking for sought-after foreign investors like there is Costa Rica where a lot of the red tape can be cut through.

Expect the process to take a couple of weeks to a month when dealing with a good firm, twice that if dealing with an average one, and if you’re scraping the bottom of the barrel here you are probably being scammed and will either not get a company or just some fake documents that you don’t know how to verify.

It helps if you speak Spanish or at least can read enough Spanish.

Nonetheless, a company incorporated in the Dominican Republic with no local activity or source of income is effectively not in scope for corporate taxation.

Generally very poor due to the jurisdiction’s troubled past and present struggles with poverty, corruption, and crime. In financial services, it is especially poorly viewed.

Strongly consider Panama or Costa Rica instead if you are doing business in the region.

As is common in jurisdictions that don’t have IBC-like regimes, there is no specifically designated regulator for corporate services.

There are six types of legal entities available:

SRL may not be publicly traded.

SA companies may be publicly traded.

Can be issued under certain circumstances (public companies).h

Directors are subject to public disclosure but shareholders can remain anonymous.

Not really available in any sense that’s comparable to other tax havens or particularly relevant in this context. The Trust Law (Ley No. 189-11) was not set up with things like asset protection and tax planning in mind.

Banking in the Dominican Republic

The typical reader of STREBER Weekly lives in a wealthy nation with sophisticated banking services at their fingertips. It’s there important to highlight that banking in the Dominican Republic is viewed from the perspective that at least 60% of all Dominicans do not have a bank account. This is a country with a banking penetration of less than 40%.

Fees are generally low, provided you have no intention of wiring funds outside the border or handle other currencies than DOP and USD. While it is possible to operate other currencies (CAD, EUR, GBP), it almost never makes sense to do so here as an international, non-resident business or person.

Minimum deposits are essentially non-existent except for premium and private banking services which are subject to comparatively humble minimums. In reality, wealthy residents of the Dominican Republic often don’t place more than absolutely necessary in local banks.

No, this is not an article about Dominica. There are no international or offshore banks in the Dominican Republic. We should all be very thankful for that because the banks that are present here are barely regulated as it is.

It is very easy to open a non-resident personal bank account in the Dominican Republic, provided that you show up in person. Speaking Spanish will save you some time but in the more touristic areas as well as central Santo Domingo, it’s usually not a problem to find someone who speaks fluent English.

Remotely it’s a little trickier but not unheard of.

Corporate bank accounts in the Dominican Republic are trickier if the entity is not incorporated locally. The banks can get genuinely confused as to why you would want to bank there.

It’s effectively strict but not so much by choice as by sluggishness of implementation of modern standards.

Banking secrecy for criminal activity is strong, though, in that because banks often fail to perform proper due diligence on applicants.

Foreign governments have reported lengthy delays, abandonment of procedures, and lack of cooperation when engaging their Dominican counterparts for exchange of information.

All in all, the SIB is overseeing 113 licensed entities right now. They are divided into the following categories. Rough or equivalent translations in English provided by yours truly.

Full lists available from the link above. As a foreigner, you are most likely going to be dealing with the first two or three categories.

Some noteworthy banks in the Dominican Republic include:

In reality, it’s often faster with the government often waiving the need or shortening the duration for provisional visa. This seems to depend on nationality as well as ties to the Dominican Republic. If you are wealthy or have familial or economic ties, it’s often possible to get an almost immediate permanent residence permit without much hassle, aside from the usual torrent of paperwork required. You’ll need to show financial self-sufficiency, which usually means a stable monthly income of at least a few thousand USD. There is also a fast-track option available in return for a 200,000 USD deposit. The deposit can be in your own or a company bank account, which makes it different from many other jurisdictions that typically keep your money.

Easily obtained after two years of permanent residence. As mentioned above, how you get there can vary.  All in all, it can take between two to eight years. In reality, the controls on residence are quite lax. You don’t actually have to spend all that time in the country.

The passport is not particularly valuable. It is in fact one of the least valuable in the world with only around 50 visa-free or visa-upon-entry countries available. However, given the short time frame, low costs of living in Dominican Republic, and agreeable climate to live in, there are certainly are circumstances where it is a good option.

Dominican Republic passports are valid for 10 years. They contain no biometric data.

Personal income is also done on a territorial basis but just like corporate tax, it’s not as lenient as in many other jurisdictions. Non-citizens are exempt from foreign-source income for their first two fiscal years.

There is also a wealth tax applicable in some circumstances.

With the right structure, it’s possible to mitigate much of these taxes and the local tax authority often doesn’t mind foreigners doing so as long as they pay some tax, contribute to society in other means, and live quiet, peaceful lives. That said, the reality is that one should budget for bribe payments.

Generally speaking, taxes in the Dominican Republic are average to high compared to the region.

The Dominican Republic is an interesting jurisdiction, albeit one with no clear advantage over stronger players in region.

Some are drawn to it for its size, its GDP beating both Panama and Costa Rica. When broken down to GDP per capita, the Dominican Republic drops quite a bit.