Today, we return to our adventure across the seas to another British Overseas Territories: the British Virgin Islands (BVI).

This jurisdiction is the grandfather of all IBCs and continues to play an important and controversial role in the international financial services sector.

As with much of the Caribbean, history is poorly if at all recorded prior to arrival of Europeans. Some evidence suggests that BVI was inhabited by indigenous peoples as early as a few hundred if not over a thousand years BC.

The first recorded sighting was by Christopher Columbus on his second journey to the New World. Likely due to the large number of islands, the islands were named after the 11,000 virgin followers of St. Ursula (Santa Ursula y las Once Mil Vírgenes). The expedition was focused on finding gold and with none found, the Spanish claimed the island but left it be.

Instead, it became a haven for pirates. The shallow waters and intricate reefs made it perfect hunting grounds for outlaws and buccaneers. They were able to operate almost undisturbed off of the Virgin Islands until the Dutch came and settled down in the 1600s. Following the decline of the Dutch West Indies Company, the British instead took over the islands and turned them into a colony. This was formalized in 1672 as the Third Anglo-Dutch War broke out.

A short-lived Quaker community (1727 to 1768) is often credited with improving the living and working conditions for slaves on the islands, although not succeeding in abolishing slavery entirely.

Piracy remained a problem and the population of the islands remained largely stagnant. In addition to piracy, there was a perceived threat of imminent Spanish attack to reclaim the islands. A legislature was passed in 1774 but the enforcement was lax and ineffective. When

Numerous slave uprisings took place until slavery was abolished in 1834.

Shortly following the abolition of slavery, the economy of BVI took a downward turn. This was not only caused by the lack of free or extremely cheap labout but also because of a series of hurricanes and droughts, which caused massive damage to the sugar and cotton plantations.

There were times marked by political instability. The newly freed slaves had problems integrating into society and tensions were high. The local government had responded to the economic downturn by increasing taxes, which angered both the newly freed slaves who saw even less of the prosperity they had hoped for as well as the rest of the population.

Despite numerous riots and confrontations, there is only one recorded death as a consequence thereof. A protestor was shot on the 2nd of August 1853. This was the catalyst to further protests. Eventually, British forces had to be sent in to restore order to the islands.

Much of the white population had left the islands mostly inhabited by slaves and many refused to return to the islands of Tortola and Virgin Gorda. Tensions rose again and spiraled out of control until the end of the 19th century. By 1902, the local legislative council was disbanded and replaced by an executive council appointed by the Governor of the Leeward Islands.

Following World War 2, Great Britain had already been forced to give greater independence to its colonies and in 1950, BVI was granted self-rule.

Since then, BVI has remained stable. In the 1960s, successful efforts were made to grow the tourism sector. 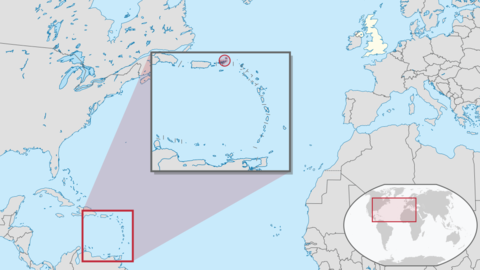 In the 1970s and early 1980s, the financial services sector boomed. It grew out of a number of companies that used a DTA between BVI and the US to avoid US tax. This caused the US to revoke the DTA in 1981. In 1984, the International Business Companies Act, 1984 was enacted. This legislation created the first ever IBC. This new law took off when the US invaded Panama – the up until then largest offshore companies jurisdictions – in 1991.

The IBC Act remained place until BVI caved to enormous international criticism and pressure and in 2004 enacted a new law, BVI Business Companies Act. This new law contained a number of key differences from the former, such as having requirements on record keeping and normalising all BVI companies under one law as opposed to the ring-fenced legislation used for the IBC Act.

The IBC Act and the BVI BC Act ran in parallell for two years until the IBC Act was finally repealed in 2006. By 2009, all former IBCs had to dissolve or convert to BCs.

There is no corporate tax in BVI.

The only taxes that may affect a company are  4.5% social security contribution on domestic salaries and 2% or 6% payroll tax. These taxes are in practice only paid by locally-run companies with local employees.

Higher than most IBCs but nonetheless highly competitive. It’s rare to find BVI incorporation fees under 1,000 USD for full incorporation and disbursement of documents. Expect something closer 1,500 – 2,000 USD with a high-quality, reputable service provider.

Companies can be formed with a single person acting as director and shareholders.

Contrary to popular belief, BVI companies must keep records (accounting, bookkeeping). However, there is no need to file returns and no audit requirements.

Due to similarities with the Manx New Vehicle, see also article on Isle of Man.

The government does not know who the directors and shareholders of companies are. That information stays with your registered agent which is bound by law to only disclose the information under a lawful request such as a TIEA or DTA.

Owing to its high profile and a number of controversial cases of tax evasion and suspected money laundering coupled with unfavourable ratings by organizations like OECD, BVI suffers from a rather poor international reputation.

It’s not quite as bad as in the case of the likes of Seychelles, Belize, and Liberia which have virtually no legitimate reputation. BVI is a recognized jurisdiction in the international financial services sector, but many are starting to opt for Anguilla, Turks and Caicos, Cayman Islands, or even jurisdictions which aren’t British Overseas Territories such as Mauritius for their better reputation.

As for whether the medium-poor reputation of BVI is a concern or not is an evaluation to be done in each unique case. See Assessing the Reputability of Offshore Jurisdictions for more details about reputability.

BVI is also a popular jurisdiction for trusts, largely because of the great flexibility afforded to trusts registered in the BVI under the Trustee Act of 1961 and Virgin Islands Special Trusts Act (VISTA) of 2003. Under VISTA, settlors can remove and appoint new trustees, exclude beneficiaries, and other forms of direct or indirect control of the assets.

Foreign court orders or other judgments are not enforceable upon a BVI trust under BVI law.Trusts need not make any filings and, as of 1993, registrations with the government. BVI has mostly enacted the 1985 Hague Trusts Convention.

BVI trusts have a perpetuity of 100 years.

The banking sector in BVI is very small. There are only three banks really worth speaking about:

HSBC and VP Bank are private banks, requiring 5 million or 100,000 USD respectively to open an account. Neither is particularly interested in taking on corporate clients, save for corporations whose purpose is wealth management.

FirstCaribbean does not have a minimum deposit but 2,000 USD is recommended.

Scotiabank is present and is available but the bank is trying to position itself more as a local bank and although there is no distinction between local and international companies in BVI (as opposed to IBC jurisdictions), they rarely engage with foreign-controlled companies.

Accounts are almost always opened remotely or by visiting the bank in another country. FirstCaribbean can be a bit difficult with this, though, often insisting on a personal visit if there is no introducer or intermediary.

Banking secrecy in BVI was never a high priority and with a small banking sector, comparatively little resistance was put up by BVI to become compliant with international standards. Despite many reservation on other topics, OECD does recognizes in its 2013 Peer Review that BVI is compliant when it comes to extracting information from banks.

Since 2012, BVI is compliant with the EU Savings Directive (EUSD) whereby certain information is automatically exchanged with EU members for personal accounts.

Living in the British Virgin Islands

Hurricanes can be a problem.

Although pleasant and enjoyable, living in the BVI is different from visiting as a tourist. Those seeking comfort and luxury are more likely to feel at home in the Cayman Islands or Bermuda.

No such thing other than 4% social security and 8% payroll tax. There is a 12% stamp duty on property transactions, and some other nominal taxes on property.

When it comes to immigration, The concept of citizenship is first of all very different in BVI and many other British Overseas Territories, with citizenship not guaranteeing the right of abode. Instead, there is a legal concept of belonger status.

It’s out of scope for this post to explain nationality, BVIslander status, and belonger status here. Suffice to say that immigration to BVI is – as stated – very, very difficult.

Tourists are welcome with open arms but those seeking to stick around will find doing so challenging. Getting a work permit is conditional on a job offer from a local company, which must first advertise the job locally and prove that no BVIslander can fill the position.

BVI residence permit requires 20 years of residence, with no more than 90 days of departure per year unless for education or illness.

There is also a concept of Non-Belonger Land Holder, whereby a non-belonger purchases property in BVI and is issued an ID card which makes them eligible to live in BVI six months per calendar year.

Although a problematic reputation and with a modest banking sector, it is still the grandfather of offshore jurisdictions and tax havens. Anguilla and others have been picking up as BVI has slowed down.