Today, we will continue our adventure across British Overseas Territories and – in this case – a British Crown Dependency, namely the Isle of Man.

Tucked between the islands of Britain and Ireland in the middle of the Irish Sea, this little island has a lot to offer the international financial sector.

Although there is evidence of the island being inhabited almost 10,000 years ago, recorded history starts with the arrival of the Celts from Britain during the Iron Ages in the first century AD, possibly escaping the Romans, who never made it to Manx.

The Celts were joined in the fifth and sixth centuries AD by Irish migrants. The Irish influence can be seen in the Manx Gaelic language which has great influence by Irish.

The Vikings (or rather the Norse) formed a loosely held together state which in modern literature referred to as Kingdom of the Isles was established in the 9th century and lasted through the 13th century. Isle of Man was the capital island.

Norse influence dissipated during the 13th century. This was followed by a period of ownership changing between English, Scottish, and even French control. In the end, English rule won.

In 1405, the first of the Stanleys assumed control over Isle of Man. They ruled in relative stability until the outbreak of the English civil war.

Attempts were made to quell any rebellion on the island but the island briefly overthrew English rule. Oliver Cromwell appointed Thomas Fairfax as lord of Isle of Man and thereby normalised the island’s relationship with England.

The Stanleys resumed control of the island in 1660. When the James Stanley died in 1736, the island passed to the duke of Atholl.

In what is called The Act of Revestment 1765, the British parliament bought the regalities of the Isle of Man from the duke of Atholl for 70,000 pound sterling. This move was partly motivated by increased smuggling activities on the island, which the parliament sought to end.

The Duke of Atholl maintained influence over the island until two further purchases were made in 1806 and 1826. 40 years later, in 1866, Isle of Man was granted Home Rule, a form of autonomy and self-governance.

Isle of Man today is one of three self-governing crown dependency, the other two being Bailiwicks Guernsey and Jersey. It has a relatively diversified economy with international finance, tourism, and igaming (online gambling) being key. 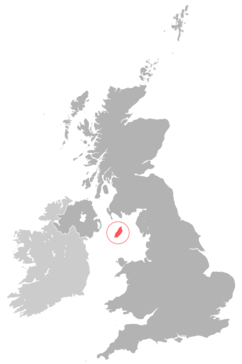 Isle of Man Companies and Entities

Company formations are usually processed quickly, often within two or three days. Delays are limited to the service provider performing due diligence on the client (you) or – rarely – delays within the government.

Isle of Man imposes naming limitations not often seen elsewhere. The word “Group” may only appear in a company’s name if the company can be proven that the company will own a group of related companies. The word “Holdings” is also limited and can only appear if the company owns at least 51% of another company. Names that include words and phrases that imply international or large-scale operations (such as “International”, “Global”, “World Wide”, “Multinational”) may also be scrutinised and require justification.

Excluding banking, insurance, and domestic realty, there is a 0% corporate tax rate. VAT stands at 20% with a reduced rate of 5% applicable to hotels and property maintenance. The VAT threshold is 81,000 GBP.

Formation costs for Isle of Man companies are relatively high, often starting at around 3,000 GBP for the first year and 1,500 to 2,000 GBP annually for upkeep.

An optional but common cost is to have local management of the company. The cost for this varies from a few to several thousand GBP per year.

Compared to many other jurisdictions, Isle of Man is often used to form companies that qualify as resident so as to legally avoid tax liability elsewhere. This is a matter to be discussed with a tax adviser. Especially with the NMV (see below), Isle of Man companies can and are formed and run for the purposes of being fully non-resident entities.

What does this have to do with Isle of Man?

The legislators on Isle of Man paid close attention to its Caribbean cousin and in 2006, enacted a new companies act (Isle of Man Companies Act 2006) which is almost verbatim based on the new BVI legislation. It created a new type of corporate vehicle commonly referred to as the NMV or the New Manx Vehicle.

A minimum of one director and one shareholder is required. Corporate directors and shareholders are permitted.

NMVs are not required to pay up or maintain their share capital but this may affect the shareholders’ liabilities.

Annual filings and record keeping requirements are more lenient than former Manx companies. The new regulations surrounding annual filings can be compared to Gibraltar. Private companies need not disclose directors and shareholders in their annual filings.

Based on the US LLC legislation and governed by the Limited Liability Companies Act 1996, Isle of Man LLCs are pass-through entities (tax neutral or tax transparent) but unlike the most popular LLC legislation, a Manx LLC is required to have two members, but only one manager is required.

Record keeping and filing requirements are largely identical to NMV.

These are some of the oldest trust laws, dating back to the Medieval Ages when knights and crusaders would leave their estate in trust while off fighting in faraway lands.

In its most simple form, the Settlor (for example a knight about to take off for a crusade) would hand over the property to a Trustee (someone whom he trusts and will be capable of taking care of the estate) to benefit a third party, called the Beneficiary (the knight upon return or someone else).

Today, trusts have a wide range of uses, for example:

The most common, a discretionary trust, is one where the Trustee can do with the entrusted assets as he or she sees fit. The prevent abuse, a Protector is sometimes appointed by the Settlor to ensure that the Trustee does not deviate from the Settlor’s desires.

As recently as 2012, Isle of Man enacted a legislation allowing for foundations to be formed. A foundation is, roughly speaking, a hybrid of a trust and a company. Foundations are often formed alongside trusts for charitable or asset protection reason.

Foundations are dictated and formed based upon its rules and its instrument. The instrument is comparable to a company’s memorandum in that it stipulates the foundation’s name, address, and its object for foundation. Rules dictate how the foundation is to be run.

Foundations also have an object, which is the goal or purpose for which the foundation is set up.

Unlike trusts, foundations are in and of themselves not confidential. However, the rules of the foundation are not subject to public record. A foundation can be specifically formed so as to prevent information to be disclosed to the beneficiaries, in order to enable the foundation to be run without interference.

The Isle of Man (or egaming, or online gambling, or any other variation thereof) is a relatively large igaming jurisdiction and the by far biggest one in Europe that isn’t an EU member. The other European giants are Malta, Gibraltar, and the UK.

The Online Gambling Regulation Act 2001 was among the first such acts in the world.

While there are many license holders, few major operators are based in Isle of Man. Being a non-EU member can make advertising across the EU difficult despite Manx being whitelisted by and in the UK.

License requirements (including fees) are relatively modest, falling somewhere between Malta and Curaçao.

Practically all British banks are present on the Isle of Man as well as a number of foreign banks.

Account opening for non-residents is almost never done in person on Isle of Man, with all banks accepting account opening remotely or by a visit to a branch of the bank in another location.

Private banking is the primary service offered to non-residents. Minimum deposits are fairly humble, rarely going as high as 100,000 GBP but this of course varies and is negotiable.

Corporate accounts are available but companies registered in irreputable jurisdictions will find it challenging to open an account without good justification and thorough vetting. Few banks enforce any minimum deposit or balance and instead look at each client on a case-by-case basis.

Trusts and foundations are accepted with open arms.

Personal accounts are not commonly opened for non-residents. Standard Bank and Lloyds have been known to do it but they are very selective about it.

Because nearly all the banks present in Isle of Man are large international banks, the quality and sophistication of services are generally very high.

There is no especially strong banking secrecy. Relevant, competent authorities are empowered to retrieve information from banks.

The Isle of Man depositors’ compensation scheme (DSC) is the island’s deposit insurance. It insures up to 50,000 GBP per person per bank but there are stipulations in place relieving the DSC from obligation to pay in a timely manner in case of a very large bank failing.

This means that in the event of a very large bank failing, or in a systemic crisis, the DCS is unlikely to be in a position to provide the full amount of compensation due to you in a timely manner.

A lower protection of 20,000 GBP is available for clients of non-bank institutions.

Living on Isle of Man

If you can stand the relative isolation and poor weather (remember, it’s right in the middle of United Kingdom and Ireland), life in Isle of Man can be very comfortable.

Infrastructure is very strong, ranging from quality of getting around to health care to utilities. A couple of strategically placed cables across the Irish Sea have given Isle of Man internet capacity comparable to even mainland Europe.

Crime is virtually unheard of.

Isle of Man does not tax capital gains, wealth, and inheritance. There is no stamp duty.

EU and EEA citizens can relocate to the Isle of Man and take up work freely. Swiss nationals are included in this group despite Switzerland not being an EU or EEA member.

Other nationals face much stricter requirements. Highly advanced and sought after skills which cannot be satisfied by Manx nationals are one of few ways non-EU/EEA/Swiss nationals have of migrating to the Isle of Man.

Finding a place to live can be difficult but rental prices are generally affordable. A comfortable apartment near the center of Douglas can be found for under 1,200 GBP per month.

Isle of Man issues its own passports, which perhaps counter-intuitively do not mention the United Kingdom but do mention the European Union.

Isle of Man is a reputable, transparent, and stable tax haven.

EU, EEA, and Swiss citizens who can tolerate the aforementioned isolation and poor weather may find Isle of Man to be a veritable business paradise especially for high earners as income over 600,000 GBP is free of tax due to the tax cap.

Banking is one of Manx’s main sources of income and therefore of high quality. The banking sector can be enjoyed equally by citizens from both within and outside of EU, EEA, and Switzerland.

If you have 15 – 20 minutes to spare, I would appreciate if you could fill in the survey below.

Survey discussions are welcome over on the STREBER Weekly forums.