Among the most remote jurisdictions I will cover, Cook Islands are one of the Pacific tax havens along with such noteworthy neighbours as Samoa and Vanuatu.

Cook Islands consist of 15 stunningly beautiful islands spread out in the warm waters of the south Pacific. This tax haven is an associated state of New Zealand, meaning it is all but an independent country. New Zealand acts on behalf of Cook Islands when requested to do so. Nonetheless, Cook Islands maintain some diplomatic relations of its own.

Cook Islands nationals are New Zealand nationals but the reverse is not true.

But we’re not here for that. Let’s get down to business. 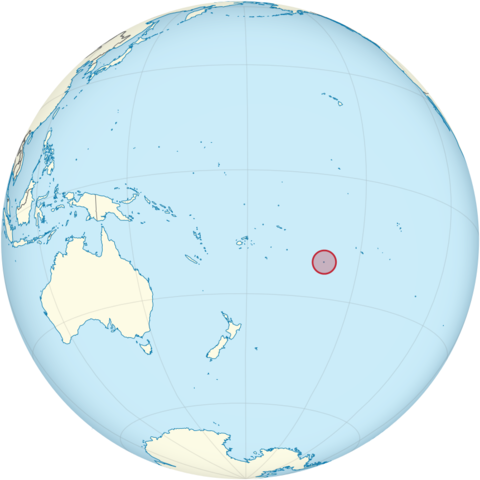 Cook Islands are not very well known for business and incorporation. IBCs and LLCs formed here are most often used in asset protection structures that usually also include a trust. They are seldom used for trading or even holding outside of asset protection.

However, for those inclined to seek out these Pacific islands for setting up a trading or holding business, Asian and Pacific banks and business partners are familiar with the Cook Islands for trusts and may be accommodating to business entities. It can be a lot more challenging when it comes to other regions.

The jurisdiction as a whole enjoys an overall reputation. Despite this, secrecy is very tight. It is quite possibly the tightest run ship of all IBC jurisdictions.

There are two key aspects about the Cook Islands that make them stand. One is the requirement for companies to submit an annual financial statement. This need not show the entire books of the company; just the financial standing at the end of the fiscal year. The second is a non-public government registry of directors (IBC) or managers (LLC).

Other than that, it’s the usual IBC and LLC jurisdiction.

The jurisdiction’s lack of popularity stems from high costs, usually far higher than most other IBC jurisdictions.

LLCs are formed under the Limited Liability Companies 2008 law. As of 2014, 383 LLCs were registered and still active.

Cook Islands LLCs offer the full flexibilities expected under an LLC. They are very commonly either wholly or partly owned by a trust in asset protection structures.

Directors and managers only.

Often touted as the strongest asset protection trust legislation in the world and described by the New York Times as a Paradise of Untouchable Assets, what is it really that makes Cook Islands so special?

Trusts are regulated under the Trust Acts 1984 law. After changes made in 1989 (No23 and No33), the Cook Islands claimed it is the world’s first genuinely asset protection specific legislation.

While many jurisdictions have statute of limitations on fraudulent conveyance (fraudulent transfer) for four to five years, the Cook Islands have set their limit to two years.

The Cook Islands recognize court orders from two jurisdictions: itself and New Zealand. In reality, New Zealand has no interest in strong-arming Cook Islands and instead treat it as the sovereign state it is. It has so far looked the other way and deferred to Cook Islands for most matters.

Additionally, Cook Islands trustees are forbidden to act on instructions given to them by a settlor under duress.

As mentioned earlier, LLCs are often used together with a trust. A typical set up would be a trust owned by an LLC, for which the settlor and beneficiary of the trust is the manager. This empowers the settlor/beneficiary to manage the funds but only for the benefit of the trust. Should duress occur, the trust assumes management of the LLC until such time the duress has passed – for example when a court case has been abandoned or a creditor has given up.

What about the bank accounts? Don’t worry. The strict due diligence requirements and background checks placed on Cook Islands trustees enable the trust’s and LLC’s bank(s) to be content with the trustee becoming the new signatory on the bank account if the settlor/beneficiary is under duress.

Because it is not a banking center, criticism has been rather mild in Cook Islands’ tight secrecy and security surrounding trusts.

What about taxes? Good question. Asset protection and taxes are separate. Although exempt from taxation in the Cook Islands, assets placed in a Cook Islands trust are not automatically exempt from tax, especially if the settlor is also the beneficiary.

There are six trustee companies (service providers) licensed in the Cook Islands, all of which are noteworthy:

Money held by the trusts are virtually never actually in Cook Islands. They usually bank elsewhere, in for example Singapore, Hong Kong, Switzerland, Lebanon, Panama, Liechtenstein, UAE, and so on.

In the grand scheme of things, there is virtually no international banking taking place in the Cook Islands.

The law as such is fairly strict but does permit exchange of information for tax information as well as serious crimes.

As beautiful as these islands are, it is very difficult to settle down here.

Residency is available for investors willing to invest between 500,000 to 1,000,000 NZD in local real estate. However, there can at any given time not be more than 650 permanent residence permits issued.

Citizenship is impossible. To quote the Foreign Affairs and Immigration department: The Cook Islands does not have any laws pertaining to the grant of Cook Islands citizenship or nationality, and does not issue passports.

However, trusts and asset protection are the key strengths of the Cook Islands. They are what make the international financial services sector the second biggest industry, after tourism.