There are three sovereign, recognized principalities in the world.

All three are in Europe.

All three are tax havens.

One is by the coast. The other two are tucked up in the mountains: Andorra and, today’s subject: Liechtenstein. (Monaco is coming; don’t worry.)

Let’s find out what’s going on up in the Alps. 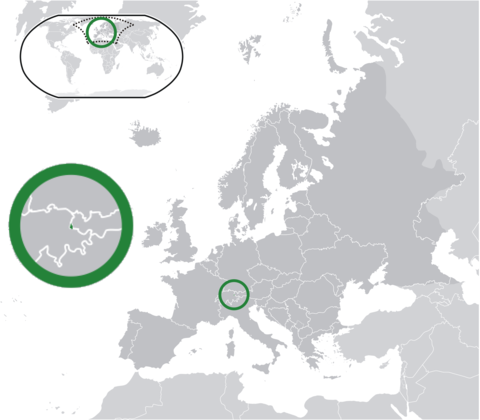 Liechtenstein has a virtually non-existent reputation when it comes to business. This is down to cost and what (perhaps surprisingly) isn’t a terribly attractive tax environment for trading companies.

It has a stellar reputation for asset protection, though. Its laws are carefully crafted for this purpose.

If you are forming an entity in Liechtenstein, 99.9 out of 100 times it will be for some sort of holding, asset protection, or wealth management structure.

Extremely little business is performed under Liechtenstein entities outside of the local economy (a handful of which may sell to Switzerland, Austria, and Germany).

Superficially similar to their Swiss counterpart.

Liechtenstein AGs are usually set up as holding companies or private asset structures (PAS). As mentioned, they are very rarely used for trading.

There is a 12.5% corporate tax rate which applies to trading companies. Companies which qualify as PAS are limited to a cap of 1,200 CHF per year.

Holding companies pay zero tax in Liechtenstein on their investment gains, since capital gains and dividends are not taxed.

Again, superficially similar to their Swiss counterpart, GmbH is an LLC-like entity.

And again, they are very rarely used for trading.

The Anstalt is a legal form unique to Liechtenstein created shortly after World War I to attract foreign capital. It is defined as akin to a company but much, much more flexible.

The popularity of the Anstalt comes from it being recognised as a separate legal person and, depending on how it is structured, can be used as a stock company, single-member LLC, or foundation.

As a stock company, the Anstalt is formed by a group of people and ownership is determined by share ownership. This structure is unpopular as it offers nearly no benefits over simply forming an AG or GmbH.

Formation is simple in terms of paperwork but most providers take you through a thorough KYC and vetting procedure and the bill even for a basic set up rapidly approaches and exceeds 10,000 CHF. A reason for this high cost is the need for a legal representative of some kind in Liechtenstein.

A minimum capital of 30,000 CHF is required of which all must be paid up.

Anstalts have so-called Gründerrechte (Founders’ Rights) which stipulate what powers the founders of an Anstalt have. These rights are usually purely administrative to as to not risk compromising the integrity of the Anstalt in case the founders are also the beneficiaries, if any beneficiaries were stipulated when the Anstalt was formed. The founders make up the supreme body of an Anstalt, which can appoint and adjust a board of directors.

Other bodies within the Anstalt can also be set up, such as a supervisory board separate from both the founders and the board of directors.

Taxed as an AG if structured like a corporation. Otherwise, typically only subject to 1,200 CHF annual tax.

Based on laws passed in 1926, Liechtenstein is the world leader and pioneer in foundations. This Alpine principality together with Panama are the big two jurisdictions for foundations.

There are about 40,000 Stiftungs in Liechtenstein, of which circa 1,500 are registered Stiftungs and 600 are run for public services. There is a reported 100 billion CHF sitting in Stiftungs, most of which are in private Stiftungs.

This high number comes from some of the world’s largest companies using Liechtenstein Stiftung as a component in their tax planning structures.

Stiftungs aren’t just popular with large corporations looking to reduce their tax bill. They are also used (sometimes along with an Anstalt) for wealth management. Many royal families and other HNWIs utilise Liechtenstein for their wealth management needs.

The Stiftung law was changed significantly after FATF and OECD criticism in the early 2000s. There were significant money laundering risks in the thitherto very easy-going legislation. The changes were fairly trivial but enough to cause a decrease in number of foundations being formed and some being terminated.

A Stiftung has one or more founders and it must have beneficiaries which are either known (determined) or can be known (determinable). A board acts as the supreme governing body of the Stiftung, although a protector can be appointed.

A foundation must have assets worth at least 30,000 CHF at the time of foundation. The assets need not be cash.

Stiftungs can be used for management of third-party assets if it is duly licensed.

The name and details of directors of Anstalts appear on public records.

Family foundations are not subject to public disclosure.

Attractive for being one of few civil law jurisdictions to have adopted the Anglo-Saxon (and thereby common law) concept of trust. The other two are Curaçao and Sint Maarten.

Liechtenstein permits trusts to be formed under another jurisdiction’s laws, making it an excellent means to form trusts under a legal system familiar to the trustee but with the benefits of being a foreign trust.

Lacking the chocolate and watches of its western neighbour, Liechtenstein has had time to dedicate nearly all of its resources to perfecting banking (to the point where a third of the contents of the principality’s tax coffers come from banking and corporate services).

It is what most people come to Liechtenstein for. Long criticized for secrecy, Liechtenstein has developed one of the world’s best private banking and wealth management traditions.

Non-resident personal and corporate banking in Liechtenstein are very rare. Transactional banking isn’t really what these banks are about. Many have low or no fees for incoming wires, making them suitable for receiving payments but not making any large amount of outward payments.

There are service providers that claim to be able to land clients with Liechtenstein banks for low deposits (often 1,000, 5,000, or 10,000 CHF). While this is possible, it neglects to mention that the bank requires the deposit to reach 100,000 CHF or higher within a year or the account will be closed.

It’s safe to say that each Liechtenstein bank has at least a dozen royal families, other wealthy families, or large holding companies/Anstalts/Stiftungs on their client roster. This requires staff to be impeccable. Liechtenstein banks will often boast about only hiring the best of the local expertise or hand-picking the best from the Swiss banking sector.

This drives up salaries and costs of operation. It is simply not profitable to take on a client that isn’t going to deposit 250,000 to 1 million CHF, which is the usual minimum deposit range required in Liechtenstein.

This, interestingly, has the side-effect of Liechtenstein banks not really caring whatsoever about jurisdiction. It is equally easy (or difficult) to open a bank account for a sketchy Liberian LLC as it is for a more-reputable Gibraltar company in Liechtenstein.

To cut it short: it’s comparable to Switzerland.

There is still strict banking secrecy in Liechtenstein but it has been eroded and will continue to be eroded until it is in line with international compliance levels.

As far as OECD is concerned, Liechtenstein is fully compliant when it comes to banking and whether information is available to competent authorities.

As of writing, there are 16 licensed banks in Liechtenstein:

Although an EEA member, Liechtenstein’s arrangement with the EEA is that it needs only permit 28 EEA nationals and those 28 slots are filled very quickly for highly skilled workers.

Due to the high costs, Liechtenstein is a tax haven reserved for the wealthy.

If you have significant capital to deposit and seek a jurisdiction that has a well-deserved reputation for being rock solid, Liechtenstein should probably be on your short list.

If what you seek is an easy-going business-friendly jurisdiction, head west to the Swiss border. Or somewhere else entirely.