New Zealand isn’t exactly a tax haven nor is it a secrecy jurisdiction, but it is nonetheless an interesting player in the international financial services sector.

Comparable to its former owner, whose queen it still hails, New Zealand has found a way to enter this industry with an almost spotless reputation.

Although New Zealand has very close ties to Cook Islands, I am saving that jurisdiction for another post. 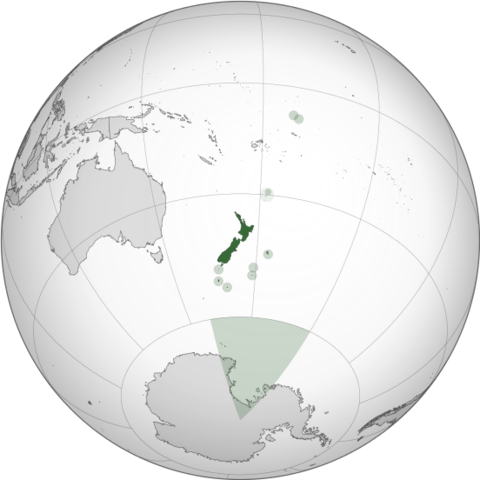 Squeaky clean. New Zealand is a transparent and compliant jurisdiction, having earned the rarely-issued Compliant rating from OECD. Although there are lapses, they are minor. FATF criticized New Zealand in a 2009 evaluation but was content with improvements in AML/KYC laws and policies by the next review in 2013. It never tarnished New Zealand’s reputation although it was a brief embarrasment.

New Zealand is not a secretive jurisdiction.

Despite this, though, the remoteness of New Zealand can make it appear strange in some cases, such as opening accoutns with especially inquisitive banks. It is not a major financial center in the sense of many other jurisdictions I have discussed int he past. This obviously doesn’t apply to those in the Asia-Pacific region.

New Zealand continuously rank as #1 in the world in ease of incorporation on the World Bank’s Doing Business rankings. Unfortunately, this doesn’t apply to non-residents. Registered agents are far from economic. Until prices start to decrease, incorporating in New Zealand is unlikely to become as attractive as other jurisdictions in the region – mainly Hong Kong and Singapore.

LTC is not a company form in and of itself. LTC is merely a status assigned to a company by electing for it and being approved by the Inland Revenue Department (IRD). Companies can elect for LTC status as early as at the time of incorporation. The LTC status only expires upon election thereof or when a company seizes to be compliant to the requirements.

Most LTCs however are private limited liability companies formed pursuant to the Companies Act 1993.

LTC is a relatively new concept, entering into law in April 2011 when it replaced the previously popular Loss Attributing Qualifying Companies (LAQC). LAQCs were popular for holding property and this practice has carried over into LTCs.

An LTC is a company which opts in for look-through tax treatment, whereby shareholders become liable for tax similar to how members are taxed in an LLC. But an LTC is not quite an LLC since it has a board of directors and shareholders.

There is no requirement for directors to be resident but if there is a tax treaty between New Zealand and the jurisdiction of effective control and management, the so-called tiebreaker conditions in most double taxation treaties will make the company resident in the other jurisdiction (not New Zealand) and therefore not qualify for LTC status.

LTCs incorporated by New Zealand non-residents who are resident in a jurisdiction with a tax treaty with New Zealand will therefore need a New Zealand resident director to avoid tiebreaker problems. Nominees are often enough unless the New Zealand IRD suspects unlawful tax avoidance.

Conversely, LTCs incorporate by New Zealand non-residents who are resident in a jurisdiction which does not have a tax treaty with New Zealand often does not need a resident director.

For a list of tax treaties, visit the IRD website. As of writing, New Zealand has tax treaties with the following jurisdictions:

PIE is an entity created in 2007 in response to some unfavourable tax problems New Zealand had when it came to investments.

They have virtually no practical use outside of investment, acting as faux managed investment funds.

LPs are tax transparent and separate legal person. Partners’ liability is limited. There must be one general and one limited partner.

At least one partner must be a New Zealand resident, often a trustee or nominee. Non-resident partners are out of scope for taxation in New Zealand.

A savvy jurisdiction like New Zealand of course has a trust law in place. As expected, the legislators in New Zealand have created a one-of-a-kind legislation.

Based on UK laws, the New Zealand trust law goes back to times of British rule in the late 1800s. The current law was adopted in 1956. Being a jurisdiction that has never had a problematic reputation, in a world where compliance and transparency are becoming hip, New Zealand is an increasingly popular jurisdiction for trusts. Primary uses are wealth and succession planning. Asset protection is not a key feature of New Zealand trusts. Notably, there is for example no specific anti-forced-heirship law in New Zealand. Many other safeguards that are associated with offshore trusts (such as only recognizing local court orders) are also missing.

Trusts formed by non-residents carry significant tax advantages. Under condition that the neither settlor nor beneficiaries are New Zealand residents and all income from the trust is derived from non-New Zealand sources, a New Zealand is exempt from taxation. These types of trusts are often called foreign trusts.

Settlors and beneficiaries have a greater say in New Zealand trust than many other jurisdictions. They are enabled to make certain appointments otherwise typically reserved for the trustee, such as demanding that trustee or trustees be or not be New Zealand residents.

Trusts name and trustee details must be disclosed to tax authorities. Financial statements must be prepared but need not be filed. Settlor need only be declared they are a resident of Australia.

Considering it is not a major international financial center, banking in New Zealand is of a generally high quality. Fees are on the lower end compared internationally, yet the banks offer sophisticated services.

Non-resident banking is fairly common but typically requires a personal visit. There are occasional cases of banks permitting remote account opening – either directly or through an intermediary – but those are more exception than norm.

Offshore banking in New Zealand in the context of opening bank accounts for IBCs and other offshore companies is a rare sight. That said, it is usually not a problem to open bank accounts for non-resident LTCs and foreign trusts with the help of a good trustee.

Credit cards are almost never issued to non-residents but debit cards are readily available in NZD. Some banks offer prepaid cards in other currencies, issued under the Cash Passport umbrella.

Interest rates up to 4.60% are available with term deposits in NZD. Higher rates can be negotiated for larger deposits.

There is no noteworthy banking secrecy legislation in New Zealand.

There are 25 banks in New Zealand, of which 10 are branches of overseas banks.

In 2008, New Zealand passed the Financial Service Provider Act. This opened the doors to one of the world’s most exciting financial services provider companies regulations, regulated by the responsive and responsible Financial Markets Authority.

A number of shortcomings were addressed quickly, primarily one which now requires FSPs to have their own offices and operations that must take place in New Zealand. Before that amendment was made, firms and agencies were setting up multiple FSP companies on the same address, similar to how a registered agent forms companies under the same address.

This was contrary to the spirit of the law and after a number of amendments and large-scale license revocations.

Acquiring an FSP license is still very attractive and the heavy-handed enforcement by the regulator and law makers has only served to strengthen the reputation. Unlike comparable entities in more surreptitious jurisdictions, a New Zealand FSP is a mostly reputable entity.

Operating under an FSP license may cost more than offshore alternatives but the benefits are that it is easier to operate when it comes to entering into agreements with business partners, such as correspondent banks, insurance companies, and other financial services providers.

An office in New Zealand is required and the office needs to have substantial activities, being responsible for the majority of the FSP’s operations. The office cannot be shared with another FSP holder. FMA is very strict about enforcing this, so as to prevent the FSP legislation to be used as a way to form bronze plaque companies (shell companies with no substantial local activities).

Any New Zealand registered entity can apply for an FSP license. An NZ Registered Entity is defined as “any legal entity that is registered with the New Zealand Companies Office.  This includes, for example, limited liability companies, overseas companies carrying on business in New Zealand, building societies, credit unions, and limited partnerships.” This means it’s technically possible for an overseas company to get an FSP license in New Zealand but for practical reasons, forming a local company is preferred.

Owners and directors must pass a criminal history check and other background checks.

License fees are low. Although there are no statutory capital requirements, although FMA is empowered to put requirements on individual license holders.

All in all, it is expected that acquiring an FSP license, incorporation of a New Zealand registered entity, license and application fees, and sundry costs all in all amount to  anywhere from 20 to 30,000 NZD and up for the first year. Annual costs are significantly lower, but note that these figures don’t include cost of renting an office and hiring staff.

A financial service is defined under article 5 of the act as:

(a) a financial adviser service:

(ab) a broking service (including a custodial service):

(b) being a licensed NBDT, as defined in the Non-bank Deposit Takers Act 2013:

(c) being a registered bank:

(d) keeping, investing, administering, or managing money, securities, or investment portfolios on behalf of other persons:

(e) being a creditor under a credit contract:

(i) participating in an FMC offer as the issuer or offeror of the financial products:

(ia) acting in any of the following capacities in respect of regulated products or financial products offered under an FMC offer:

(ii) as a supervisor:

(iii) as an investment manager:

(ic) acting as a custodian in respect of a registered scheme or a discretionary investment management service provided by a DIMS licensee:

(k) trading financial products or foreign exchange on behalf of other persons:

(m) acting as an insurer:

(n) providing any other financial service that is prescribed for the purposes of New Zealand complying with the FATF Recommendations, other recommendations by FATF, or other similar international obligations that are consistent with the purpose of this Act.

Yes, it is beautiful as you think it is – if not more so.

New Zealand boasts a robust infrastructure and some of the highest standards of living in the world, consistently ranking well into the top-10 in Human Development Index (HDI).

Personal taxation is medium to low.

Residents are taxed on worldwide income but tax credits are generally given to foreign-sourced income.

New Zealand has a concept called transitional resident, wherein a first-time resident or a former resident returning after 10 years of non-residency may qualify for exemption for taxation on foreign income for up to 48 months.

There is no capital gains tax, inheritance tax, or wealth tax in New Zealand.

Permanent residence is relatively difficult to obtain for those without any ties to New Zealand, as it first requires the applicant to have held a less permissive visa – residence visa – for two to three years. The applicant must also show significant commitment to New Zealand, such as paying tax, start a business, owning property, or starting a family.

Getting a highly-skilled job in New Zealand is generally the most common start on the path towards permanent residency.

LTCs offer one of the most attractive tax transparent entities on the market today, but costs often get in the way for entrepreneurs on a budget.

Be the first to comment on "Jurisdiction Spotlight: New Zealand"