Often compared to Panama, Costa Rica is next in line for a closer inspection.

Not exactly a major player in the international financial services sector, what is it that makes this jurisdiction so attractive?

And what is the deal with offshore online gambling in Costa Rica? 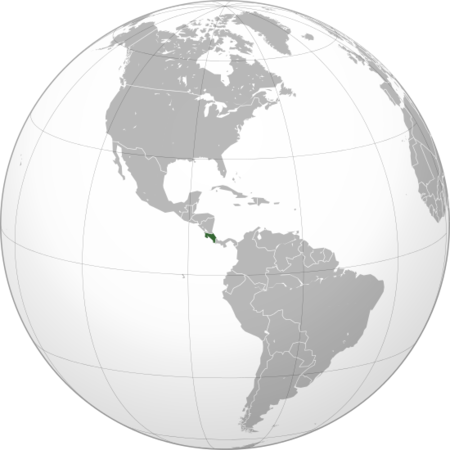 Costa Rica can best be summed up in a two-worded French phrase: laissez-fare, literally let do. This is a country where asking forgiveness is more common than asking for permission. This stems from a small, corrupt, and underfunded government.

Regulators and authorities in Costa Rica are famous for taking a hands-off approach to nearly everything. There are things going on in the jungles and cities alike of Costa Rica that would (and often do) make even the most seasoned veteran in financial services, gambling, entertainment, and many other industries blush.

Much like with Panama – contrary to popular belief, there is no such thing as IBC in Costa Rica. I cannot make this clear enough. A lot of service providers are marketing Panamanian IBC. No such thing exists.

Instead, there are two primary types of companies: the Sociedad Anónima and the Sociedad de Responsabilidad Limitada.

Costa Rica’s reputation is all over the spectrum.

There are many who view it favourably or its business-friendliness, lack of regulation, and general easygoingness.

Then there are many who view it as a place for criminals to hide in plain view, obtaining Costa Rican citizenship to avoid extradition.

It is a tax haven but it is not a problematic one. Secrecy is not high on the agenda – never has been.

This is the most popular type of company in Costa Rica. It is very similar to its Panamanian counterpart.

Contrary to Panama, bearer shares are not permitted in Costa Rica.

Territorial taxation applies. Income earned from outside of Costa Rica are not subject to tax in Costa Rica. Comparable to Panama and Hong Kong.

The SRL is comparable to LLC, although it is a taxable entity (not a tax neutral or pass-through entity).

Territorial taxation applies. Income earned from outside of Costa Rica are not subject to tax in Costa Rica. Comparable to Panama and Hong Kong.

The Registro Nacional has full records of companies, including names and addresses of directors and shareholders.

Both SAs and SRLs must keep financial records but need not prepare financial statements. Filing is only required for companies that carry on activities within Costa Rica.

Banking in general in Costa Rica is quite lackluster.

There are two types of banks: national (owned by the government) and private.

Government banks are backed by the government, which some perceive as making them more financially stable. They also have a far greater reach with virtually any and all cities, towns, and small villages having at least one of these banks physically present.

Private banks are smaller in outreach but are often part of international banks with more sophisticated services, greater English-language coverage, and being easier to open accounts with as a non-resident (natural person or company).

There is no deposit insurance for private banks.

Opening a bank account in Costa Rica is not as difficult as in Panama but can still be challenging.

Personal bank accounts for non-residents in Costa Rica are relatively easy to open, provided that you appear in person with the bank. It is extremely difficult to mention banks that accept non-resident account opening in Costa Rica. Having a local lawyer is usually beneficial and can in some cases even mean you don’t actually have to visit Costa Rica. The same bank can say no to you one day and yes the other.

Corporate bank accounts for Costa Rican entities are relatively easy to open. Most banks will consider your application even if the company is owned and operated outside of Costa Rica. Non-Costa Rican companies will have a much harder time unless it is for trade in Costa Rican. Panamanian and some other local companies are usually accepted, but subject to lots of scrutiny.

Once opened, expect the bank to ask questions for high amounts (high amount can start as low as 2,500 USD to 10,000 USD) initially and invoices for corporate transactions. However, once the bank has a good understanding of how you use your account and you stick to that, they will almost never bother you.

Fees are generally cheap except for international wire transfers which can be pricey. Private international banks are sometimes cheaper for this, at least for intra-bank transfers.

Costa Rica enjoys a fairly tight banking secrecy.  While authorities are able to compel banks to disclose information and respond to EOI requests under TIEA/DTA, the scope is narrow and SUGEF routinely turns down requests.

While you cannot hide money in Costa Rica like you can in places like Lebanon and Vanuatu and with laws against severe crimes being enforced strictly, its banking secrecy is comparable to Panama – with the added bonus of being lower-profile.

There are five state-owned banks:

The last two are banks created under special laws.

There are 12 private banks.

So you still want to start an online gambling company and you have compared offshore igaming jurisdictions and decided on Costa Rica?

Congratulations, you are in for quite an adventure.

First of all – no, you cannot just form a Costa Rican company, stay in your comfy apartment in Europe, and legally run a gambling company. I know that might be what the friendly sales representative from that offshore service provider you spoke to said, but he or she is wrong.

To oversimplify – your gambling company is going to be resident wherever its management and operations take place, and or wherever the gambling services are offered from. No, renting servers in Panama or Latvia won’t be enough.

A Costa Rica gambling company is going to need a presence in Costa Rica, many opting to set up a small office to leverage the low cost of labour for things like customer service and IT infrastructure.

When it comes to a online gambling license, Costa Rica does not offer any. Online gambling is completely legal and unregulated. While the government has made some indications about possibly starting a licensing system, Costa Rica has hitherto not faced any significant international pressure for its laissez-faire attitude towards igaming. (The reaction from EU and EEA has instead been to put restrictions on gambling operators not licensed in the EU/EEA and a handful of approved jurisdictions.)

However, a type of license is required if you set up shop in Costa Rica. This is a simple business license and is very easy to obtain for just a few hundred dollars from whatever municipality your office is in.

Taxation is the same as for other companies: none on income accrued from outside of Costa Rica.

It’s not for everyone but for those who like it, it’s fantastic.

Many last only a few months to a year in Costa Rica, around the second time they catch a large snake taking a nap on their balcony. Violent crime is a problem but it’s easily avoidable by taking precautions and using common sense.

While it is possible to survive on just English, learning Spanish is essential if you want to fully assimilate.

The population is often described as one of the friendliest in the world, and I am in full agreement.

Bureaucracy and interaction with institutions can be extremely drawn-out and tedious procedures.

The climate is warm and humid. There is stunning scenery around every corner once you are outside of San José or any other bigger city.

Infrastructure is second only to Panama in the region.

Resident in Costa Rica pay income tax on locally sourced income only, meaning that income from abroad is not in scope for tax.

There is generally no capital gains tax (except for certain transactions involving real estate or other special cases). Costa Rica does not have any capital duty, stamp duty, inheritance tax, or wealth tax. Sales tax stands at 13%.

Many nationals are granted 90 days visa free entries as tourists.

Contrary to popular belief, permanent residence in Costa Rica is not as easy as Panama.

Retirees who can show an income of at least 600 USD per month can be granted permanent residence for retirement. Persons under this residency scheme can work in a limited capacity and may not compete with locals.

Excluding this, there are five types of residences in Costa Rica:

Pensionado: for pensioners (retirees) with an income of at least 1,000 USD per month but cannot work in Costa Rica, although they can receive income from foreign companies (which they may or may not own). The annual amount of 12,000 USD must be converted to Costa Rican colónes.

Rentista: for persons with an income of at least 2,500 USD per month. This income must be backed up with bank statements and/or bank letters which prove the stability of the income for at least 24 months. Cannot work in Costa Rica but can own and run companies. Income cannot come from work but should rather be from investments or other passive income.

Again, the minimum amount must be converted to Costa Rican colónes.

Inversionista: requires a deposit of 200,000 USD as investment, either in a government-approved fund or in a local company.

Representante: some company senior managers; must earn at least 25% of the Costa Rican minimum wage. Limited in scope, meaning not anyone can qualify.

Permanent: requires relation to Costa Rica either by marriage or bloodline. Free to work. Full list of requirements can be found on the Dirección de Migración y Extranjería de Costa Rica website (Spanish(.

Costa Rican citizenship can be acquired by residence or by marriage to a Costa Rican national. Marriages are often scrutinized by authorities, as it is often used for a way for criminals to evade extradition since Costa Rica does not extradite its own citizens.

I have heard Costa Rica described as the wild west in the jungle, and while that fails to account for the full spectrum of everything from the busy San José to the less so towns and villages in the mountains, it is pretty accurate.

Life in Costa Rica is never boring. It somehow manages be the most peaceful and then the most hectic place on earth.

For financial services, Costa Rica offers an alternative to Panama but without any clear advantages.