Jersey marks the last stop across the British-owned tax havens. Some might argue for the Pitcairn Islands but in reality – no, it’s not much of a tax haven.

The larger of the two bailiwicks that make up the Channel Islands, Jersey has a lot in common with Guernsey but has a few little quirks of its own.

It is one of the world’s foremost trust jurisdictions. 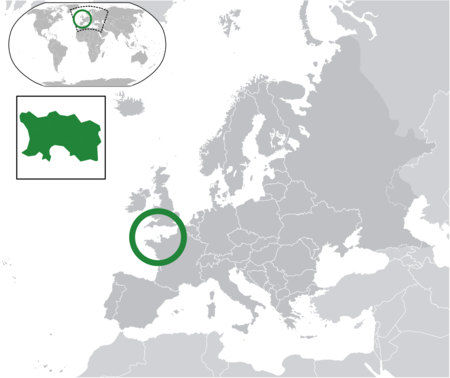 Conversations typically go one of two ways when Jersey is brought up:

Within the financial services sector, Jersey enjoys an excellent reputation. It is a well known, well established, and trusted jurisdiction for trusts, banking, and company formation (in that order).

Outside of the financial services sector, Jersey is a known tax haven but not a nefarious one, much like Isle of Man, Gibraltar, and Guernsey.

The Jersey FSC works hard to keep up Jersey’s strong reputation. Its AML/CFT handbook is in many ways an industry staple.

Although there are several different types of legal entities, the most common for business uses are private limited companies formed under the Companies (Jersey) Law 1991, although the Limited Liability Partnerships (Jersey) Law 1997 is seeing increased usage.

Were it not for the high cost, Jersey would compete with Gibraltar in terms of reputability and ease of forming a business. As it stands, its closest competitor is the (in many aspects) larger Isle of Man, and the smaller Guernsey.

Forming a company in Jersey requires the following:

Forming a company in Jersey usually just takes a matter of days and costs are usually in the vicinity of 2,000 to 3,000 GBP for the first year and around 2,000 GBP for annual maintenance – not counting auxiliary services such as nominees (popular to prevent disclosure of directors and in some cases even shareholders) or bookkeeping.

Taxation is determined by residence. A company is not resident in Jersey if its management and operations are outside of Jersey or if it is tax resident elsewhere.

Non-resident companies are taxed on income arising from within Jersey only, which in practice means zero taxation owed in Jersey.

Despite this, the standard corporate tax rate is 0%. Higher rates exist for financial service companies (10%) and utilities (20%).

Companies, their annual returns, and some details such as identities of directors are on public record.

Private companies and LLPs normally opt out of audits, whereas public companies are required to be audited.

Although a far cry from the likes of Panama and Liechtenstein, Jersey has worked up a fairly robust reputation as a strong jurisdiction for foundations in just a few short years.

Opinions vary about the advantages of the relationship to the UK with Jersey being all but independent yet answerable to the UK (to some degree). Those who seek the reputability that arguably comes with a jurisdiction having close ties to the UK often find that Jersey is among the most attractive for foundations.

There are no other significant differences that would set Jersey foundations apart from its counterparts in Panama and Liechtenstein.

Drawn to the island’s centuries of political and social stability, especially in the most recent one and two, and for its stellar reputation in international financial services, Jersey is one of the largest trust jurisdictions in the world.

Forced heirship laws are mitigated by law. Only Jersey courts apply to a Jersey trust (provided the trustees are resident in Jersey). Protectors are permitted.

There are five different types of trusts commonly used in Jersey.

These are trusts set up usually for the benefit of someone else, such as a child, grandchild, or other. Accumulation trusts have a perpetuity of 100 years.

Often set up as a wealth planning vehicle, an accumulation trust can be used for the purpose of benefiting future generations to help pay for example tuition or purchase real estate.

In a discretionary trust, general directions are provided by the settlor which leaves the trustee in greater power to manage the wealth using their own discretion. These are often used for wealth management where a private banker takes control of wealth on behalf of a client.

Grossly simplified, fixed interest trusts are wealth management trusts. Assets are deposited into the trust for a specific purpose (interest), for example paying grandchildren an annual allowance until they reach the age of 18.

Purpose trusts are trusts which have a purpose. The purpose can be almost anything as long as it is lawful and moral. An enforcer is appointed to ensure that the trust does not deviate from the purpose.

This is a trust in which the settlor is granted certain powers over the trust, such as the ability to change (add, remove) beneficiaries, trustees, enforcers, and even protectors.

Companies owned by a Reserved Powers Trust can have its directors removed by the settlor.

These trusts are popular because of the great degree of influence the settlor has. However, while all trust require great care when being set up so as to not compromise the trust, especially great care is required for Reserved Powers Trusts.

Banking in Jersey is effectively limited to private banking with deposits starting at 10,000 GBP (though more commonly 100,000 GBP). The exceptions to this are Lloyds and Standard Bank, which sometimes open personal accounts for non-residents.

Because of the island’s remote location, nearly all accounts are opened remotely or through an intermediary.

Jersey used to have a somewhat strong banking secrecy but it did not put up a fight when OECD and the US during the late 1990s and early 2000s started cracking down on secretive banking.

Realizing what a devastating blow it would be for Jersey to be blacklisted, the authorities acted quickly to bring its banking laws and professional confidentiality laws in line with international standards while still maintaining enough of a veil of privacy to continue to attract cautious investors and wealthy trusts.

OECD has since concluded that “the Jersey competent authority has been in a position to answer EOI requests in a timely manner in most instances”, giving the island the rating of Largely Compliant.

There are 33 licensed banks in Jersey, which includes a number of duplicates from banks holding more than one license.

Notable banks in Jersey include (home jurisdiction in brackets):

There isn’t a lot going on in Jersey. If you like a quiet and peaceful life that is neither particularly warm nor particularly cold, Jersey is the place for you. There’s a reason tourists rarely stay for more than few days.

It can feel very isolated at times, although the airport has fairly good connections across Europe.

Although there is no capital gains tax, wealth tax, or inheritance tax, there is a personal income tax of 20%. A special rate of 1% on income over 625,000 GBP is available to high-networth individuals who apply for it.

In reality, it is possible to legally reduce the tax burden by for example placing the funds in a foreign trust. This requires consent from the tax authorities and consent is usually only given to those with very high tax bills.

Sales tax stands at 5%. Jersey is attractive for shopping.

Jersey is trying to attract wealthy people to move to Jersey. Residency is available for those with a tax bill of at least 125,000 GBP per year. Holders of this type of residency can be permitted to purchase real estate on the island.

It is otherwise difficult to obtain residence in Jersey.

Through hard work, Jersey has earned a stellar reputation and it is recognized as one of the most important trust jurisdictions in the world today. This is backed by a fairly strong banking sector, albeit one that is perhaps too focused on private banking.

I am seeing a increased interest in Jersey for other reasons, especially incorporation. This will hopefully lead more banks in Jersey to consider commercial banking clients.