This is it. The final British Overseas Territory in the Caribbean.

Don’t worry. We will get to Guernsey and finally Jersey in a few weeks.

Let’s blow the dust off the Montserrat offshore sector and see what this charming island has to offer.

Montserrat may have been settled as early as 4000 BC, but recorded history starts – as is often the case in the Caribbean and the Leeward Islands in particular – with Christopher Columbus in 1493. He named the island Santa María de Montserrat.

Not much happened for the next 139 years, when in 1632 the island came under English rule. Using slave labour, the English turned Montserrat into sugar plantations, rum distillation, and a handful of other productions. The slaves rebelled in 1768 but failed.

1782 through 1783, the French briefly captured Montserrat.

From 1871 to 1958, Montserrat was a part of the British Leeward Islands and from 1958 to 1962 a part of British West Indies after which it became a British Overseas Territory.

George Martin, well-known music producer, set up a recording studio in Montserrat in 1979. This became a popular studio for artists seeking the refuge and quiet of Montserrat.

In 1989, Hurricane Hugo swept in over Montserrat and devastated the island, which caused devastating damage to the tourism sector and all but destroyed the fabled recording studio. Nearly all of Montserrat was damaged in some way.

While recovery was under way, two more hurricanes swept in during the 1990s and it all culminated in 1995 when the volcano Soufrière Hills erupted for the first time in centuries. This destroyed the airport and harbours of the island and made the entire southern half uninhabitable. Even to this day, travel to the southern part of Montserrat is severely restricted.

A new airport was opened in 2005 in the unaffected northern part.

Today, Montserrat has a stagnant economy which relies heavily on subsidies from the UK, some 25 million GBP per year. 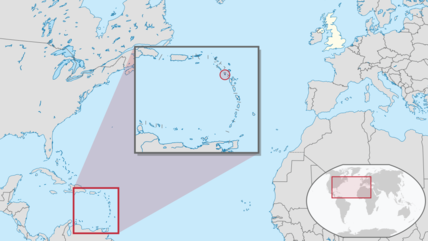 The Montserrat Financial Services Commission is a surprisingly responsive regulator.

While legally capable, it is unclear whether the Montserrat FSA has the resources to fulfill requests for exchange of information as none have been filed yet.

Montserrat has both IBC and LLC legislation. Laws are published on Montserrat FSC website.

The Montserrat IBC Act was enacted in 1985. Modelled on the original BVI law, it is your typical IBC legislation with nothing noteworthy.

Bearer shares are permitted but must be immobilized (deposited with a custodian).

The LLC Act was enacted in 2000. It initially lacked recording keeping requirements but these were added in a 2002 amendment.

Both LLCs and IBCs are exempt from tax.

Costs are similar to BVI, being a little bit higher than most IBC jurisdictions.

A 2014 peer review by the OECD classifies Montserrat as Mostly Compliant.

If someone know what and where Montserrat is, they will know it is a tax haven. It does not have any problematic connotations with financial crimes or otherwise.

There are four international banks, all subsidiaries of Panamanian banks:

There are two domestic banks:

The north part of the island is very nice. The southern part doesn’t have a lot to offer and can even be hazardous to your health.

Personal income tax is quite high.

Under The Economic Residency Programme, investors can obtain residence permits in exchange for a 400,000 XCD (circa 150,000 USD).

There really isn’t much to say about Montserrat. The island is very, very beautiful and the people are friendly.

As a tax haven, though, it’s questionable how useful it is. I have not been able to identify any advantages over BVI, Anguilla, Turks and Caicos Islands, and even Cayman Islands.

Be the first to comment on "Jurisdiction Spotlight: Montserrat"