The General Public is hereby informed that the Government of The Gambia has not authorized any Institution or person to carry out any function relating to the Registration of businesses or Companies either nationally or oversees. The only legally authorized body responsible to do so is the Registrar of Companies within the Ministry of Justice of The Gambia.

The website http://www.icommerceregistry.com/ and its officials do not represent or act on behalf of the Government of The Gambia and all representation made therein are false.

Members of the public should also note that the following Companies, institutions or Decrees are not in any way affiliated with, established by or represent The Government of the Gambia:

Any licenses, permits, authorizations or documents of any form obtained from the ICOMMERCE REGISTRY, its agents or affiliates and purporting to be validly issued by or on behalf of the Government of The Gambia is fraudulent, null and void.

The Government of The Gambia advises any person who has been in contact with or have benefited from the services of these entities should report the matter promptly to their relevant Interpol Branch or to the Companies Division (Single Window Business Registry) or Central Bank of The Gambia.

The Government of The Gambia accepts no responsibility for the actions and conduct of the sponsors, owners and affiliates of these entities.

The Ministry of Justice

While The Gambia has a rich and interesting history that anyone curious about African history and slavery would do well to read into, it is not relevant to its current situation as a tax haven and, because I’m short on time, I will skip.

Very briefly, it was under numerous indigenous rulers until the British arrived in the 1600s. While the British and French fought over The Gambia, it retained British rule for the most part.

It gained independence from the British in 1965. It quickly fell into chaos and disarray, fighting a war with Senegal. Since the early 2000s, it has enjoyed political stability and socioeconomic development. It has a growing tourism sector to supplement its fishing and agricultural sectors (mostly peanuts).

Owing to early Arabic influences, the country is an Islamic republic. Its official language is English, which has served as a great advantage in ever since the political climate stabilized. 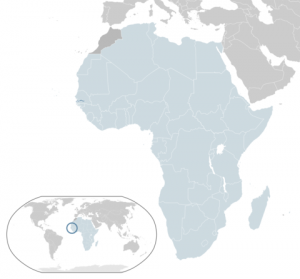 It’s currently very difficult to open bank accounts in The Gambia or even for Gambian entities.

There are nonetheless several pretty good banks in The Gambia. Its banking sector has a bright future, if the regulators are able to cope with the increased demand relative to the increase of illicit funds and money laundering. While by no means as bad as Djibouti, Ghana, or Ivory Coast just yet, The Gambia is at major risk of becoming a money laundering nest.

FATF and its underling GIABA have been lenient on The Gambia so far, despite failing to reach the FATF’s recommendations, in no small part because of the jurisdiction’s relatively small size but also because the young republic is still very much a developing nation.

While major deficiencies have been discovered, they are not seen as egregious because there is relatively little money being passed around.

Generally difficult remotely but personal accounts can be opened without too much trouble in person. The bank might ask for some vague justification as to why you are opening a bank account and it’s usually enough to say you plan to invest in the local or regional economy.

Effectively, because The Gambia’s laws are outdated and the new-found secrecy laws are a lot more recent than the old banking confidentiality laws, the banking secrecy here is rigorous. It’s practically impossible for a foreign agency to get anything out of a Gambian bank.

Unless they approach the bank in another jurisdiction and attempt to pressure them there.

The Gambia has not signed up for CRS/AEOI and, in fact, hasn’t signed a single EOI treaty as of yet.

Banks in The Gambia

There are banks but hardly any will engage with offshore companies.

Unless, of course, you’re here to launder money.

Living in The Gambia

While one of Africa’s most developed nations, the harsh reality is that competition isn’t exactly fierce. Those seeking to settle down in the African mainland are likely to enjoy South Africa, Equatorial Guinea, Namibia, or Botswana more, but The Gambia can be very attractive.

It’s generally stable and its economic situation continues to improve.

Costs of living are low, the weather is generally fine, and English is perfectly fine to get you by and live comfortably in The Gambia, although you will forever be a foreigner.

Dual citizenship is only allowed for Gambian citizens who obtain another citizenship through marriage.

Average to above average.

It took the government of Gambia three years to issue a statement on a scam that had been running since 2013.