We are starting to run out of Caribbean jurisdictions to inspect. Dominica is however is one you definitely cannot overlook.

It has a lot in common with Antigua and Barbuda and Saint Kitts and Nevis, with its easy-going banking regulations and citizenship by investment programme.

This is one of those jurisdictions that are starting to fall behind the rest of the competition, pretty badly. What was once a strong jurisdiction today operates websites, opening hours, and staff responsiveness that simply isn’t good enough any longer. Change might be on the way, and it can’t come soon enough.

One thing is distinct about Dominica is its heritage, though. While its history is mostly dominated by English influence, it has also seen a lot of French influence. (Sound familiar?)

It is one of few (15 to be precise) national flags that contain a bird: a sisserou or imperial parrot, which is unique to Dominica.

Chances are that you are pronouncing the name of the country wrong. Owing to its French heritage, it sounds closer to the French word Dominique. Emphasis is on the third syllable. Dominica as opposed to Dominica.

With all that cleared up, let’s get into it, shall we? 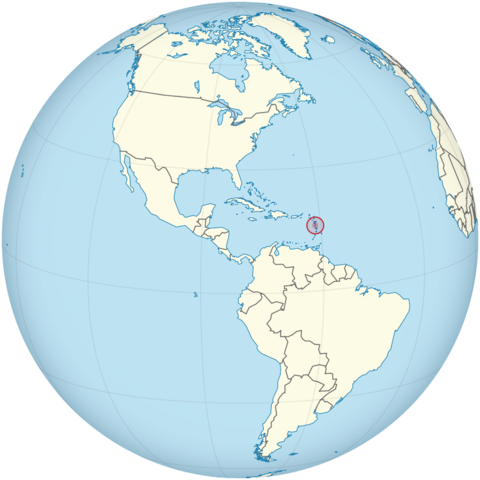 Dominica has a relatively clean reputation but it is of course known to be a tax haven. It is considered more or less along the lines of Antigua and Barbuda and Saint Kitts and Nevis: not as good as the (still) British Overseas Territories but not as wild and unruly as Belize and Seychelles.

It is sometimes confused with the far less reputable Dominican Republic.

Dominica is not very popular and because of that, competition is not particularly fierce. Prices are usually quite low, though.

Incorporation usually takes between one and three business days.

Many registered agents will perform more in-depth due diligence for incorporation than many other jurisdictions, some even requiring a police conduct report just to form a company. While an initial hassle, it’s potentially putting Dominica ahead of other jurisdictions.

The Dominica Financial Services Unit is a division of the Dominica ministry of finance and is responsible for most of the offshore sector.

Requirements are the usual:

IBCs are guaranteed to be exempt from taxation for 20 years.

Since the law was enacted in 1996, this year will see the first companies’ tax exemption expire. The government has expressed no intent to start taxing IBCs, knowing fully well that such companies would just abandon Dominica.

Required but need not be submitted. Audits are optional.

Company name is disclosed to the authorities but are not subject to public inspection.

It comes with all the usual features:

Trusts are however limited to 100 years, except for charitable trusts which may be indefinite.

Trusts must be registered although they are not subject to public inspection.

The license fees are low and operators are taxed on the greater of 50,000 USD or 5% of profits every half year.

There is as of writing a sole license holder: Teledom Ltd., which operates as World Wide Wagering; quite possibly one of the sketchiest-looking gambling sites out there.

What’s so leading about this is a mystery.

But don’t worry. If you come across some reputable-looking service provider for Dominica, you can always contact the FSU. They will get back to you in – on average – about a week.

Dominica is not different from most of its Caribbean peers. Banking is expensive and relatively poor in terms of service quality and sophistication.

Opening a bank account in Dominica is pretty straight forward. Practically every bank permits remote account opening, although an intermediary may be required in some cases.

Be especially vigilant and look into not only if a bank is licensed, but also determine whether it is a reputable institution with a long-standing history.

That is if you decide you want to bank in Dominica for some reason, rather than in a more reputable jurisdiction.

The same as most of these Caribbean paradise islands.

The law is strong but there is virtually no culture of financial secrecy. Unlike a banker in Switzerland or Singapore, a banker in Dominica makes very little money and does not come from a tradition of decades upon decades of taking personal privacy and banking confidentiality seriously.

What sets Dominica aside is with what absolute ease and disregard for international standard on due diligence they issue licenses.

If you can fill in a couple of application forms mostly correctly and deposit I mean license fees to the right authorities, they will fax you a license post haste!

Do you really want to? OK, fine.

There are four commercial banks. These will from time to time accept IBCs, but they aren’t offshore banks and as such not subject to the (hypothetically) super strict banking secrecy. If you for some reason absolutely want to bank in Dominica, these are the banks most likely to be worth your time.

Then we have one development bank and ten credit unions. These banks are not going to want to touch your local IBC but I have been told they take on non-residents from time to time. Don’t hold your breath, though.

Then we have them… The licensed offshore banks. I’m using the word licensed loosely here. Dominica and its authorities do not care one iota what these banks do, who’s behind them, and what happens to their clients. Now, don’t get me wrong. If pressure gets too high (from other jurisdictions or threats from the big commercial banks), they will revoke licenses.

Just look at that. These people issued three licenses in 2015 to banks with no physical presence in Dominica. Absolutely none. I bet you can’t wait to deposit money with these fine bankers?

Hyperbole aside, it’s not all bad. I have just never been in a situation where a bank account in Dominica has been the best choice.

Standard of living in Dominica is not particularly high. Infrastructure leaves lot to be desired.

It does however have the typical beaches, climate, and culture. While this makes it an excellent destination for a Caribbean vacation at a lower budget than many other islands, it does not automatically make it attractive for settling down for most people.

Although lacking capital gains tax, personal income tax quickly reaches 35%. People who are not ordinarily resident in Dominica can qualify for tax exemption on income not remitted to Dominica.

Dominica operates one of the most well-known citizenship by investment programmes, under supervision by the CBIU.

There are a number of ways. In the end, you’re looking at a bill of around 200 – 400,000 USD (largely depending on how many, if any, dependents you have). In return, you get a passport that can take you to some 90 jurisdictions without visa or by getting visa upon arrival.

This is significantly less than Saint Kitts and Nevis and Antigua and Barbuda. Dominica usually works out to be cheaper and if saving some 50 – 100,000 USD is worth it, this is the edge that Dominica has.

I speak harshly about Dominica’s banking sector. Perhaps I should have been just as hard on Antigua and Barbuda and a couple of other jurisdiction. What sets them aside from the parrots running the show in Dominica, though, is that the others have mostly cleaned up their act.

Dominica is perfectly fine for incorporation and acquiring one of the best established citizenship-by-investment programmes.

And that about wraps it up.

Be the first to comment on "Jurisdiction Spotlight: Dominica"