This jurisdiction is only recognized by one other jurisdiction: Turkey, the nation that founded Northern Cyprus.

Situation at the northern tip of Cyprus, The Turkish Republic of Northern Cyprus (TRNC for short) has been an eyesore to the EU since its inception.

Although the Turkish invasion of Cyprus was justified to most at the time, the failure to strike a peace deal and for Turkey to withdraw its troops has been a thorn in the side of many. TRNC is often considered a puppet state of Turkey.

In reality, it is generally tolerated and aside from some heated diplomatic and political exchanges every few years, the Turkish Republic of Northern Cyprus shows no signs of going away. Although the Republic of Cyprus has de jure jurisdiction over the whole island, Northern Cyprus is de facto independent or a territory of Turkey.

TRNC was briefly recognized by Bangladesh and Pakistan, but both withdrew their recognition after UN and US pressure. Azerbaijan and The Gambia have indicated willingness to recognize TRNC but have not yet done so, again due to pressure from the UN and US.

A handful of unrecognized diplomatic missions (representative offices) have been set up in 17 jurisdictions across Europe, Asia, and the US.

Diplomatic relations with the TRNC are warming up with many jurisdictions but recognition is still far away, if it ever will be achieved. It is about as unlikely that TRNC will become a sovereign nation as it is unlikely that Turkey will give up control.

Cyprus is handling the situation in a supremely inane manner, using what little diplomatic power it has to make life difficult in TRNC, in one example blocking EU aid by using its veto power, for which it was criticized by the US, UK, and others. 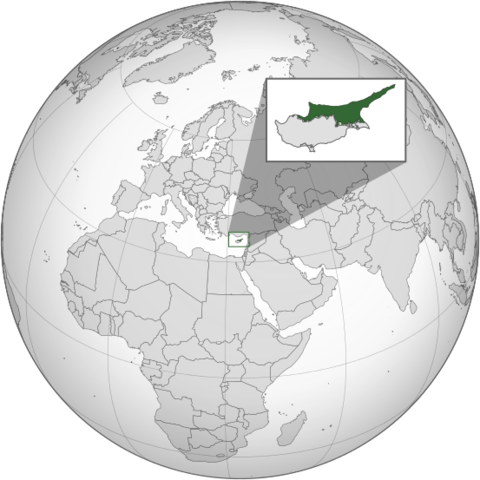 “Oh, so the company is registered in Cyprus?”

As a non-recognized quasi-jurisdiction, Northern Cypriot companies are not welcome anywhere because they fail to meet the requirements of being entities. No, you can’t get around this by having for example an IBC owned by a Northern Cypriot entity.

A Northern Cypriot company has no value outside of TRNC and Turkey. Despite a favourable tax regime for offshore companies, which need foreign ownership and operations, the jurisdiction is effectively useless.

A TRNC offshore company must comply with the following requirements.

None or very low for offshore companies. Resident companies are subject to 25% corporate tax.

Required and audited financial statements must usually be submitted to the authorities.

Public list of companies. Ownership and directors disclosed to authorities but not public information.

TRNC established its central bank, Kuzey Kıbrıs Türk Cumhuriyeti Merkez Bankası, in 1983. TRNC enjoys a semblance of international recognition when it comes to banking, in that its central bank has been accepted as a member of the Islamic Financial Services Board (IFSB), based in Malaysia.

While some banks have SWIFT BICs, they are domiciled in Turkey and non-connected.

Banking in the TRNC is a hassle but doable. Non-TRNC entities are welcome and remote account opening is very common. These banks are no strangers to high risk merchants and corporations. Money laundering is likely a problem in TRNC, more so than in Turkey due to the lack of oversight.

There are 38 local banks in TRNC.

There is one public bank, Kıbrıs Vakıflar Bankası, and one development bank, KKTC  Kalkınma Bankası.

There are 14 private banks:

Then there are seven branches of foreign (all Turkish) banks:

Lastly, there are nine savings banks:

Financial reports for some banks are available on the TRNC Central Bank website. It’s all in Turkish and Google Translate does not handle Turkish very well, so be careful how you read those reports.

Since August 2008, TRNC operates an offshore banking sector similar to for example Taiwan’s OBU and IBA jurisdiction, which is separate from the local market and with bare-minimum regulatory oversight and insight. In Turkish, it’s called Uluslararası Bankacılık Birimleri which translates to International Banking Unit.

The new 2008 law was passed following an earlier set of laws which could best be described as financial piracy. Shell banks could be set up with bare minimum requirements and because of basically non-existent due diligence controls, these banks were very popular with criminals. All in all, 52 banks’ licensed have been revoked. For being an unrecognized jurisdiction, this is quite an impressive figure.

Today, there are seven IBU banks left in TRNC:

Rigorous, at least for offshore banks. TRNC as not signed any EOI treaties and only honours local and Turkish court orders.

Arguably not as high as in the Cyprus but still high.

That is, assuming you don’t account for the hassle of living in a non-recognized territory. Post has to go via Turkey and even if the Turkish post is pretty fast and reliable, it’s still a hassle.

Crossing the border to Cyprus is easy for EU nationals following Cyprus accession to the EU. Other nationals are generally recommended to enter Cyprus first.

While there is an airport, Ercan International Airport (Ercan Uluslararası Havalimanı), flights to outside of Turkey require a stopover in Turkey. People usually exit TRNC into Cyprus and fly from Larnaca.

Taxation in TRNC is low to average compared to Europe.

However, the jurisdiction has not signed any tax treaties which can make it problematic to receive income from abroad.

While there is no tax on passive income from abroad, normal income tax can reach marginal rates of 37% for high income.

In an attempt to attract foreign retirees, TRNC levies between nil and 3% tax on foreign pension income.

Most nationals are given a 90-day tourist visa upon entry. One-year residence permits are fairly trivial and cheap to obtain.

TRNC citizenship is contingent on ten years of residency or Turkish Cypriot family ties. It is generally not attractive, although TRNC passports are accepted for visa applications in the US, UK, France, and Australia.

A territory which has seen rampant bank fraud and likely continues to look the other way for money laundering, TRNC is one of the darkest spots in the financial services industry. Banks here should be seen as nothing more than intermediaries for the Turkish banks that sponsor them.

Living in TRNC can have taxation advantages but living in unrecognized territory can be very problematic.

Not for everyone. Fun to visit.