Today we will be looking at Saint Luc- err… Sorry, Saint Vincent and the Grenadines.

Mostly known for the shoe-box banks Loyal Bank and the aptly named Euro Pacific Bank, being neither in Europe nor the Pacific.

While the official ISO-3166 alpha-3 shorthand is VCT, the long Saint Vincent and the Grenadines is often shortened to SVG.

In the article about Saint Lucia, I mentioned that these IBC jurisdictions are almost indistinguishable. SVG is no different in that regard.

This is another barely distinguishable, poor Caribbean island nation trying to pad its diminishing government coffers by establishing a bare-minimum-regulations financial services sector.

Fortunately for SVG, its sector has not grown anywhere near it’s hoped size. Why? Because the authorities, spearheaded by the SVGFSA, are woefully unprepared, understaffed, and incompetent. The amount of money laundering that could take place in SVG is tremendous. This is in spite of its rather prestigious Largely Compliant rating from OECD.

A painful example, which I will get back to later, is the regulatory fiasco surrounding Loyal Bank. The SVGFSA proved completely unable to communicate on the matter in an appropriate manner.

The jurisdiction conveniently passes financial regulation around like an Olympic torch between SVGFSA, its ministry of finance, its barely held together FIU (SVGFIU), and its multi-jurisdictional central bank, the East Caribbean Central Bank (ECCB). 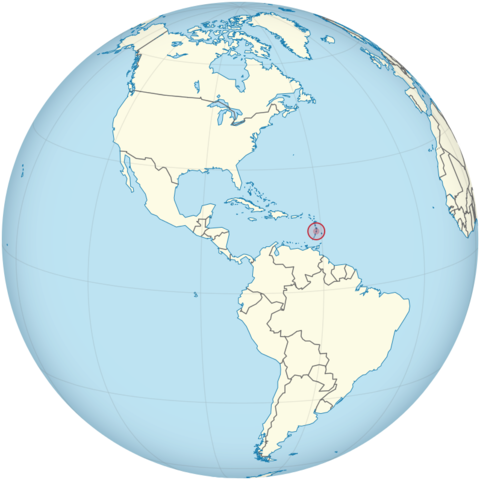 SVG is a very small and little-known jurisdiction for incorporation and businesses. It is neither as bad for example Belize or Seychelles nor as good as Hong Kong – it’s simply unknown.

At the end of the day, an IBC is an IBC. It’s still a problematic company type in and of itself due to the strict secrecy and lax standards of compliance.

As mentioned in the overview, the SVG authorities are not prepared for a rapid increase in incorporation which likely puts the jurisdiction at risk of money laundering. This could damage the jurisdiction’s reputation, but is strictly hypothetical at this point.

There are no signs of SVG’s offshore sector seeing any noteworthy growth, though.

As mentioned, it’s a traditional IBC jurisdiction. It enacted its first IBC legislation in 1996 but replaced that law with a new one in 2008. The new version borrows heavily from BVI. It also included an LLC legislation.

Costs of incorporation are mid-range but there is a rather limited supply of registered agents, which hasn’t created a particularly healthy competition.

Ultimate responsibility falls on the Ministry of Finance with oversight and some enforcement provided by SVGFSA and the SVGFIU.

IBCs can opt in for a tax rate of 1%. Otherwise, IBCs are assigned an automatic 25 years long exemption from taxation.

Unless opting for 1% corporate tax, LLCs are pass-through entities with no taxation applicable (for 25 years from incorporation). Members are only taxed on personal income, which means zero taxation in SVG for non-residents. However, the members should confirm whether their jurisdiction of residence consider the LLC a resident, taxable entity.

Company name only. Directors, shareholders, and members are not known to the company registry.

Saint Vincent and the Grenadines Trust

Run-of-the-mill trust jurisdiction. Sometimes used in conjunction with IBCs to form what’s sometimes called a hybrid trust, whereby a trust (which isn’t an entity) takes on an entity-like shape to obtain personhood in jurisdictions that do not recognize trusts. It’s not unique to SVG but it’s worth mentioning here because some of the most aggressive service providers are marketing it heavily.

Costs are generally low, but would-be settlors may be wise to question the actual need for a trust if trust formation costs are a major factor.

There are 16 service providers in SVG. The SVGFSA has a list of them all.

Generally unimpressive if not downright bad. I am continuously puzzled by why people choose to bank in SVG.

This bank helped cement SVG as a poorly regulated jurisdiction when it lost correspondent accounts for several months, leaving clients stranded. The bank tried and failed over and over to establish means to enable international wire transfers but no one wanted to work with this sketchy shell bank for fear of regulatory complications.

What happened with Loyal Bank?

Let me take you on a journey, which starts in the summer of 2013. For reasons that would take too long to explain in-depth here, a number of large banks were scrutinizing offshore banks for which they were offering correspondent banks. In short and greatly simplified, if you aren’t licensed by a central bank or similar in a jurisdiction, you need to rely on a third party to hold that jurisdiction’s currency – for example USD, GBP, EUR, CHF, AUD, CAD, NZD, and so on.

Loyal Bank is only licensed in SVG, whose currency it is not permitted to hold. This means they are 100% reliant on other banks in order to actually function like a bank. This is not unique to Loyal Bank. This is the case with all of these little offshore banks.

What sets Loyal Bank aside from many others is their complete disregard for international standards of compliance. As long as you could spell your name correctly, they would open an account for you. Unless you specifically told them that you were involved in criminal activities, they would let anyone in.

Summer 2013 the ripples of the regulatory and investigative repercussions to large-scale money laundering scandals across major banks reached correspondent banking. Banks such as Commerzbank, Deutsche Bank, Bank of America, JPMorgan Chase, and BNP Paribas started looking banks in high-risk jurisdictions for which they provide correspondent accounts.

Loyal Bank was eventually investigated and and the bank’s name became toxic. The aforementioned disregard for compliance meant the bank had several surreptitious characters on its client roster, and many companies for which it did not know the UBO. And starting in the winter of 2013, everyone kicked out Loyal Bank.

Another big factor was that banks simply weren’t making enough money on correspondent accounts like Loyal Bank’s, relative to the risk posed.

Clients were stranded. The SVGFSA did absolutely nothing to help. Frustrated investors who reached out to SVGFSA were fed empty promises, vague responses, or silence. The SVGFSA was not prepared for this. Suddenly – for the first time in their careers – they had to do more than sit around and collect license fees.

The bank tried to establish new correspondent accounts but being an offshore bank operating out of a bad part of Budapest, Hungary, this was very difficult. They resorted to using non-bank financial institutions such as Earthport to process funds.

Wire transfers take weeks to effectuate and require manual submission of a PDF.

And now for one of the most popular banks with low-networth offshore investors.

Euro Pacific Bank (or EPB) bank is formed and ultimately controlled by Peter Schiff, whose career spans stock-brokerage, financial analysis, and banking. He is also a politician and loves being in the media spotlight

Upon launch, the bank was vulnerable to an extremely simple form of hacking where any user with an approved account could view the transactions, balances, and customer information of all Euro Pacific Bank customers by simply modifying the URL of the online banking website. To the bank’s credit, the issue was resolved quickly. To the bank’s discredit, they let something as simple as this pass.

To be fair, banks get hacked. For example, JPMorgan Chase was hacked in 2014 and over 80 million account records were compromised. It happens. Just not as easily as EPB.

As if that wasn’t bad enough, Euro Pacific Bank for some unthinkable reason shows client’s application documents upon logging in to the bank, which requires only a username, password, and a bare-bones captcha. There is no password retention policy and passwords are constrained.

Once logged in, you can download the notarized passport copy, utility bill, and company documents you uploaded to the bank when applying for the account. Identify theft is a brute-force attack or credentials leak away. Again, this isn’t conceptually unique to EPB but the ease and massive vulnerability vector are unique to EPB. No currently operating bank of comparable size and customer reach does this worse.

This combined disregard for security and privacy is almost unfathomable.

Every Other Bank in SVG

Not even worth talking about.

In theory, the secrecy is rigorous.
In reality, SVG lacks any tradition of secrecy and privacy.

Living in Saint Vincent and the Grenadines

Life in SVG can be very comfortable. It is socially and politically mostly stable. Infrastructure is poor, though, but that might be a worthwhile trade-off to live in a place like this.

No major reputational disadvantages that would set it aside from its peers, except it’s relatively unknown.

The SVGFSA is probably one of the most useless regulators in the industry. It has failed to offer any sense of trust and security to any investors.

4 Comments on "Jurisdiction Spotlight: Saint Vincent and the Grenadines"