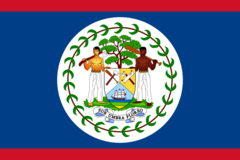 The time has finally come to cover one of the most requested jurisdictions: Belize.

This former British territory, previously known as British Honduras, is one of the cheapest and most popular offshore jurisdictions in the world today. Belize is one of the most heavily marketed jurisdictions on message boards, online communities, and social media.

It is also one of the least reputable.

Belize has major problems and shortcomings when it comes to anti-money laundering and the efforts to combat tax evasion are almost nil.

The US, which is Belize’s most important trading partner and financial supporter, has declared Belize a country of primary concern for money laundering. While the full list of long and takes a rather capricious approach to defining risk of money laundering, Belize is criticized harshly and the criticism is well-deserved.

This puts Belize in the awkward position of being criticized by its biggest benefactor, on whom it is extremely reliant for financial support and trade.

Despite being rated Largely Compliant by the OECD, it has a problematic history and present with narcotics, human trafficking, and money laundering. The OECD rating is largely based on the jurisdiction’s eagerness to – on paper at least – be internationally compliant on tax matters.

In its 8th follow-up report published in May 2015, CFATF (the Caribbean offshoot of FATF) recognized Belize’s efforts to improve its AML laws but real enforcement and success of these laws remain to be seen.

Belize borders Mexico and Guatemala. While it enjoys favourable relations with Mexico, the relations with Guatemala are hostile as Guatemala claims Belize as its own territory since 1940. Belize is a major transit point for drugs from Mexican drug cartels and there is small-scale production of narcotics in Belize.

Culturally and politically, Belize is closer to the Caribbean than it is either Mexico or Guatemala, especially the English-speaking Caribbean islands.

Belize is a poor country with underdeveloped infrastructure, relatively high crime rates, rampant corruption, and its economy is in a very shaky state. Although the economy may appear diversified at a glance, this is merely because the economy is so small that even small industries have a big impact. It is however politically and socially mostly stable.

Tourism, specifically eco-tourism, is an important source of income. Belize is popular for being English-speaking and relatively easy to get to. 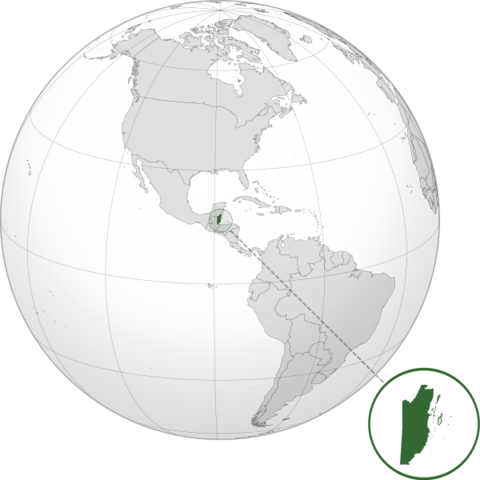 As mentioned, Belize has a dreadful reputation. Not so much because of its secrecy but because of the lack of adherence to international standards of compliance.

Belize is a typical IBC jurisdiction, basing its laws on the old BVI law. Its IBC Act was enacted in 1992 (Subsidiary Law enacted in 2003).

Since 2011, Belize also has an LLC legislation. This effectively replaced the old Limited Duration Company (LDC) law, which was a very LLC-like entity with a limited duration of at most 50 years.

Prices are low. Scraping the bottom of the barrel, it’s possible to set up an LLC for as little as 500 USD and 300 USD renewal. Even higher-quality service providers tend to charge comparatively little for a Belize IBC.

Oversight – such as it is – is provided by the International Financial Services Commission of Belize (IFSC).

Belize LLCs offer the full flexibilities expected under an LLC.

Belize enacted a revised version of Trusts Act in 2007.

There are two types of trusts in Belize: domestic and international (offshore trust).

As expected, Belize offshore trusts are subject to no tax in Belize.

The trust deed itself need not be filed.

Grasping at every straw to mimic successful legislation in more reputable jurisdiction, Belize has made an attempt at foundations.

The law was enacted in 2010. It has not seen anywhere near the usage of giants like Liechtenstein and Panama.

Aside from costs, there is nothing noteworthy that sets Belize apart from other jurisdictions when it comes to foundations.

There are over 100 registered agents in Belize.

Banking in Belize is generally of poor quality. The banks are small and provide unimpressive services at a relatively high cost. Because of increased spending on compliance, minimum deposits are going up with most banks.

As mentioned in the introduction, banks in Belize are struggling to maintain correspondent accounts. Large correspondent banks in the US and Europe are putting increasingly tougher requirements on offshore banks and Belize being an irreputable jurisdiction with great AML and KYC/DD challenges, times are tough for banks in Belize.

Bank account opening in Belize with an international bank is easy. It can always be done remotely and there is usually no need for an intermediary.

Domestic banks and credit unions are not interested in non-residents.

In theory, the secrecy is rigorous.
In reality, Belize lacks any tradition of secrecy and privacy.

There are two types of banks in Belize: domestic and international.

There are six international banks:

There are six domestic banks:

You probably don’t want to.

There are no tax advantages to living in Belize, crime in a problem, corruption is pervasive, and short of living out in the jungle somewhere or among the wealthy out on the cayes, Belize is not an attractive jurisdiction for relocation.

If Belize manages to fix its reputation, it could become an attractive jurisdiction for incorporation and even trusts.

With an improved jurisdiction and heavy investment in its banking sector, it could even become an attractive banking centre again.

However, as it stands, Belize’s only advantage is its low cost. And if you are looking at saving one or a few hundred dollars when forming an offshore company, it is very likely that an offshore company is not the right solution for you.