Africa has three well-established tax havens: Seychelles, Mauritius, and Liberia. (Time will tell if The Gambia manages to get anywhere with its recent endeavours.)

I have covered Mauritius in the past and while the Seychelles is the most popular, I have decided to take on Liberia today as it relates to recent topics about Limited Liability Companies. 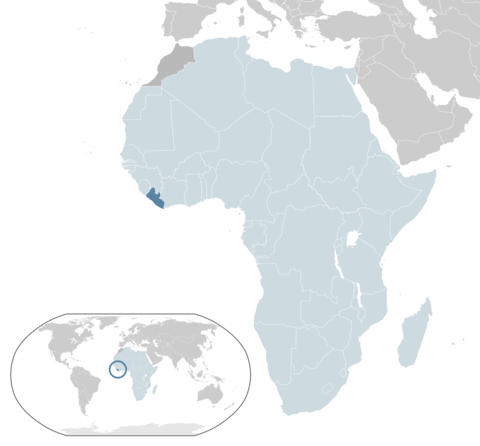 Liberia is an American creation – founded by and for freed slaves from the United States. Independence was granted in 1847 and thanks to strong American influence, it survived the so-called Scramble for Africa, where European nations divided Africa amongst themselves. This makes it Africa’s oldest uninterruptedly independent countries.

The country was led by a small minority until a bloody coup d’etat in 1980. Nine years later, the first civil war broke out, lasting until 1996. Peace was shortlived with another civil war breaking out in 1997 and lasting until 2003. The 2003 peace is largely attributed to a peace movement by war-weary women. A stable government was formed in 2005.

Suffering from the aftermath of the two wars, Liberia today is an underdeveloped economy with enormous social challenges. Poverty is rampant and infrastructure is bad or in many places entirely lacking.

Being the world’s second largest flag of convenience jurisdiction, Liberia’s maritime (shipping) registry is the country’s by far largest source of income, accounting for well over 50% of government revenues.

An offshore companies sector has grown as an off-shoot of this shipping registry. With over 50 years of experience, Liberia is one of the oldest offshore jurisdictions in the world.

While no longer on any OECD (or FATF) blacklists or watch lists and despite having on paper done what is required to be up to par with international standards, things are very different in practice. Liberia is an irreputable jurisdiction. Secrecy is tight. Questions are kept to a bare minimum.

In all likelihood, Liberian companies are major money laundering vehicles. But with an underdeveloped banking sector, Liberia itself is at little risk of this money laundering. It merely provides the shell corporations necessary to create thick veils of secrecy.

Using a very generous definition of the word regulator, Liberian companies are regulated by LISCR.

It is a competent, responsive, and by comparison modern regulator.

Perhaps most famous for its non-resident LLCs, Liberia also offers a number of other business types.

Liberia is a veritable smörgåsbord of business entities.

Liberia enacted a new legislation for companies in 1977, titled Associations Law, which created the Liberian LLC (and most other business types). It is based on the US model.

LLCs are pass-through entities and if controlled by non-residents entirely out of scope for tax in Liberia.

According to the regulator website, Liberian LLCs are eligible for check the box to elect for treatment not as a corporate body. Your mileage may vary. Greatly.

It is extremely easy and quick to form a Liberian LLC. Same-day incorporation is common practice. Costs are low (rarely exceeding 1,000 USD for incorporation, without bank account) but because of the jurisdiction’s poor reputation and subsequent bank-account opening challenges, it is not commonly offered.

Many service providers intentionally stay clear of Liberia so as to not tarnish their overall image.

Tax rates vary depending on industry but non-resident companies are only taxed on income derived from Liberia.

Superficially similar to corporations with the main difference being that names of directors and shareholders appear on public records and that RBCs must file annual returns.

They can be limited by shares, guarantees, or a hybrid thereof.

A law for RBCs was enacted in 2002 following demand for a more UK-like entity. They are much more transparent business entities than LLCs and Corporations.

Although not very popular, Liberian RBCs are arguably the most easily accessible transparent business entity in Africa available to non-residents. While Mauritius and Seychelles have made attempts to create something similar, it hasn’t quite reached the level of Liberia. Unfortunately, Liberia’s overall reputation is still an impediment.

You didn’t think Liberia would forget to enact a foundation law, did you?

Although essentially unused, Liberia in 2002 passed a private foundations law. It is based on the Austrian Privatstifung law of 1993.

A Liberian private foundation must be formed with at least 10,000 USD in capital.

LLCs are not subject to public records.

Corporations can opt in to appear in public records.

General Partnerships are not subject to public records.

Registered Business Companies are required to appear in public records.

Private Foundations do not appear in public records.

According to OECD, there is a legal loophole whereby only entities which are taxable in Liberia are required to keep records. Offshore or non-resident companies do not fulfil this requirement and are as such not required under Liberian law to keep records.

The Liberian authorities have a different view and it is generally wise to keep records and prepare (abbreviated) annual financial statements, if for no other reason than as good business practice.

Banks in Liberia are regulated under the Financial Institutions Act of 1999.

The banking sector is developing but at the moment poor.

Many banks in Liberia say they won’t accept non-resident clients. This policy is easily set aside when deposits are about halfway to 100,000 USD.

Offshore companies in Liberia usually bank elsewhere. This can be very problematic due to the jurisdiction’s poor reputation but it’s not impossible but may require an introducer.

There is no noteworthy banking secrecy legislation in Liberia.

There are nine banks in Liberia.

To put it bluntly – You probably don’t want to.

Liberia is the kind of country foreigners move to for one of two reasons: to be with family or to hide. Several criminals (including war criminals) are believed to be hiding in Liberia, with the authorities being too poor, too corrupt, and probably lacking the legal empowerment to seize people.

Taxation is average to low for residents.

Although Liberia plays an important role in international financial services, it is understated and its usage is

I was once told that If you want a dirty little secret, a Liberian LLC might be just what you need. I think there is truth to this statement.

With increased political stability and continued work towards compliance with international standards, Liberia’s reputation should improve over time although it is unlikely to be a quick process. A fully reputable Liberia could become a major player in international financial services with its modern non-resident company registry and easy-going regulations, all whilst being fully English-speaking.

For the immediate future, unless you are a shipping company, there is little advantage Liberia can offer over other African tax havens or other regions.

Be the first to comment on "Jurisdiction Spotlight: Liberia"