While Montserrat was our last British Overseas Territory in the Caribbean, there is a lot left to explore in these warm, shallow waters.

Next on the agenda is the (in)famous archipelago of The Bahamas (or commonly just Bahamas), one of the true veterans in the offshore financial services sector.

This is going to be unusually brief due to time constraints. The history of Bahamas is a very interesting one and I may update this post in the future with a more thorough retelling.

While there is evidence of earlier inhabitants on the island, history in Bahamas begins with – who else – Christopher Columbus. The Spanish enslaved the population but the islands served no significant other purpose.

The French held the islands for some time the 1500s. English settlement began with settlers from Bermuda in 1648. Although the Spanish burned down these settlements, more English settlers arrived from Jamaica.

In the early 1700s, the French and Spanish teamed up to oust the English from The Bahamas. This was not entirely successful, although it did create a power vacuum which pirates used to set up base in Nassau. A pirates’ republic was proclaimed but not recognized by anyone. Many famous pirates’ legacies are linked closely to Bahamas: Blackbeard, Anne Bonny, Calico Jack, to name a few.

The English retook Bahamas a few years later and established a stable government except for a brief, one-year Spanish ownership of the islands in 1782 during the American civil war.

In World War I, nearly 2,000 Bahamian fought alongside British, Canadian, and American soldiers.

In World War II, Bahamas served as an important military base for submarine hunting in the and around the Caribbean. An airport was built to facilitate these efforts.

After the war, the newly built airport served as a catalyst to Bahamas’ rapidly growing tourism industry.

In 1973, Bahamas was granted full independence from the United Kingdom.

As a Tax Haven

In 1908, Royal Bank of Canada (RBC) became the first bank to set up shop in Bahamas. Over the coming decades, more Canadian banks joined. Swiss banks, which today hold a firm grip on the Bahamian international financial services sector, arrived in the 60s, spearheaded by UBS.

Bahamas grew as a tax haven in the 1930s and 1940s, drawing the attention of wealthy foreigners (largely Canadians) with its lack of taxation on wealth, income, and inheritance. This had not been an intentional move but rather a consequence of its history, with an economy successfully reliant on customs duties.

Some of Bahamas’ earliest law firms created during these formative decades are still around, such as Callenders (1903), Higgs & Johnson (1948), Graham Thompson (1950).

While by no means unique to Bahamas for the time, a blind eye was turned to tax evasion and money laundering until the late 1990s. After a number of scandals, a FATF/OECD blacklisting (more under Banking), and criticism following 9/11 (and alleged involvement by Bahamas-based Al Taqwa Bank), Bahamas’ reputation was hurt. Badly. IBC registrations dropped over 60% from 2000 to 2002. 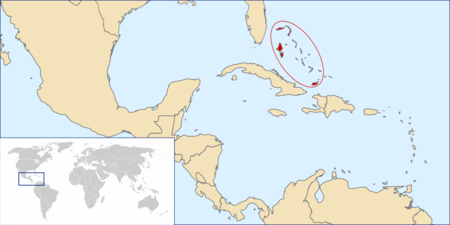 Full Name:;Commonwealth of The Bahamas

The Bahamas is in a peculiar situation. It’s difficult to categorize Bahamas’ reputation as good or bad. As we will touch on under Banking, the jurisdiction has been in recovery mode for a few decades to undo damage done to its reputation in the 1980s and 1990s.

Today, Bahamas strikes an interesting balance between compliance (being rated Largely Compliant by OECD) and privacy (implementing exchange of information under bilateral agreements only).

In short, it is a well-known tax haven but it is no longer associated with turning a blind eye to money laundering and other severe financial crimes.

The regulators which handle complaints, queries, and requests for exchange of information in a generally timely and correct manner.

Additionally, the Bahamas Financial Services Board (BFSB) is a non-profit organisation that serves the public and private sector and is charged with promoting Bahamas as an international financial center.

While Bahamas offers a rather wide range of business entities, it is the IBC which stands for the vast majority of incorporations by international clients.

Bahamas is trying to position itself as a viable ecommerce hub. Until warehousing in and shipping to and from Bahamas becomes drastically cheaper, it is unclear what advantages it offers over other jurisdictions.

The Bahamas IBC legislation is based on legislations written in the late 1980s and early 1990s. A substantial revision was done in 2000, which has since been amended a number of times.

It has all the bells and whistles one can expect from an IBC:

The costs of forming a Bahamas IBC ranges from around 1,500 to 2,500 USD and 1,000 to 1,500 in annual renewal. This is higher than most other IBC jurisdictions, which is one of the ways Bahamas tries to keep out the lowest hanging fruit.

Bearer shares are not permitted any more.

A relatively new addition to the Bahamian financial services arsenal, The Foundations Act of 2004 saw Bahamas try to get in on the increased interest in foundations – then largely Panamanian and Liechtenstein (Stiftung) specialities. The finer details of foundations will be the topic for another day, but suffice to say that Bahamas has been able to use its newly-found mostly-positive reputation a useful tool in building a sizeable foundation industry.

Bahamas foundations are commonly used for tax planning or family wealth (including heritage) planning. Forced heirship is avoided by law.

Foundations must have assets valued at no less than 10,000 USD.

Foundations are also exempt from tax in Bahamas. There are no license fees for foundations.

Required but need not be submitted.

Bahamas is a significant jurisdiction for trusts. Its laws are attractive for everything from asset protection, to tax planning, to inheritance planning, to charitable trusts.

Forced heirship is avoided by law. Protectors can be appointed.

Bahamas trusts are not in scope for any taxation in Bahamas.

The Central Bank of Bahamas describes offshore banking as a term used to describe banking activity in currencies other than the currency of the country in which the bank accounts are held. There used to be a time when Bahamas would actively market itself for its tight banking secrecy. For better or worse, those days are now gone.

Today, the Bahamian banking sector has positioned itself as light version of Switzerland. This is in part because of the magnitude of the operations of Swiss banks such as UBS, Credit Suisse, Pictet, and Julius Bär which have shaped the island nation into a significant wealth management jurisdiction.

However, transactional banking is common in Bahamas.

If you come here after reading articles or even sales pitches about how tight the banking secrecy in Bahamas is, you’re going to be disappointed.

In 2001, both OECD and FATF placed Bahamas on a list of uncooperative jurisdictions and jurisdictions with problematic banking secrecy. Until that time, the banking secrecy in Bahamas had been comparable to Switzerland and Lebanon. While Switzerland and Lebanon resisted (and to this day continue to resist to some degree), Bahamas decided to surrender immediately and start complying with international standards.

And so they did, with gusto. Over ten new laws were enacted over the next year, addressing lapses in reporting, accounting, money laundering, and financial crime.

This was sufficient to satisfy FATF and to mostly satisfy OECD. It was also enough to satisfy US authorities and thereby avoiding a 30% penalty tax on all USD transactions, the dominant currency in the Bahamian offshore banking sector.

Banking regulations were tightened and brought up to modern standards. By 2003, Bahamas was removed from the blacklist.

Today, 13 years later, banking secrecy in Bahamas remains strong by current standards, but authorities are able to comply with requests for information.

There are seven commercials banks in Bahamas:

There is one offshore commercial bank:

Lastly, there are 55 private banks and trust service providers. Some noteworthy examples include:

Instead of offering economic citizenship, Bahamas has an economic residency programme instead.

In exchange for a 500,000 USD investment in local real estate and some administrative fees (often reaching 10 – 15,000 USD), foreign investors can be granted accelerated residence permit.

An annual fee of 1,000 USD is required for each holder and another 25 USD per dependent.

Bahamas compares to Cayman Islands and Bermuda (not Caribbean but I’m including it anyway) in terms of quality of live and standards of living, although costs are generally lower.

However, many expats grow weary of the island feeling overly tourist-y. It’s very difficult to fully assimilate into society as a foreigner; a problem the other two mentioned jurisdictions do not suffer from.

Bahamas is well-connected to the world, either via direct flights or transfers in Miami. Until recent relaxation in US-Cuba relations, Bahamas served as a big stopover location for Americans going to and from Cuba for tourism.

With no tax on income, wealth, capital gains, inheritance, and with significant exemptions available to real estate tax, Bahamas is extremely attractive.

Customs duties are high, as they serve as one of the government’s main sources of income (after tourism income and financial services license fees).

Short of coughing up 500,000 USD in real estate or getting a highly qualified job in for example financial services or medicine, it’s very difficult to settle down in Bahamas.

Bahamas offers a curious compromise between reputability, transparency, privacy of ownership, cost, and ease of engagement.

To those active in the industry, Bahamas’ efforts in the early 2000s are recognized and the jurisdiction is considered far more favourably than the likes of Seychelles, Belize, and even BVI.

To others, it is a tax haven – and rightfully so. But it is not a problematic one – any longer.