Two weeks ago we were looking at the Cayman Islands. Today we travel west to a pair of islands called Saint Kitts and Nevis, a former British territory but today an independent nation.

A veritable must-have in the asset protector’s bag of tricks, this little nation is known for its LLCs, foundations, and notorious for its economic citizenship program, all of which will be discussed after a brief look at the history of the two islands and how they came to be what they are today.

Ceramics and weapons discovered on both Saint Kitts and Nevis indicate that the island were inhabited by hunter gatherers as early as 3,000 years B.C. These early inhabitants likely came from the northern parts of South America in what today is Venezuela. Saint Kitts was called Liamuiga and Nevis was called Oualie, meaning Fertile Island and Beautiful Waters respectively.

Recorded history begins in 1493 with Christopher Columbus sighting the islands during his second voyage. He gave Saint Kitts the name Saint Jago (Portuguese for Saint James) but mapmakers confused it and the island ended up being called Saint Christopher. The name Nevis comes from Nuestra Señora de las Nieves (Our Lady of the Snows) for reminding the sailors of snowy peaks back home.

A brief settlement attempt in the mid-1500s failed but in 1607 the first settlement was set up by an English captain named John Smith. This didn’t last and it wasn’t until 1623 that the English fully settled on Saint Kitts. A colony was set up under the leadership of Sir Thomas Warner after giving up trying to set up a colony in Guiana.

After a conflict between French and English settlers in 1626, the island was divided between into one French and one English part. The two went on to colonize other islands from their bases, the English colonizing Nevis, Tortola (BVI), Anguilla, and Antigua (Antigua and Barbuda).

In 1671, Saint Kitts joined Nevis, Anguilla, and Montserrat in the Leeward Caribee Island Government. This lasted until a French invasion of 1689, which the English ultimately fought back but which hurt the economy severely.

Tobacco had by this time become an important produce of Saint Kitts, while Nevis enjoyed profitable sugar plantations.

Sugar eventuellay took over ever in Saint Kitts and when the two were joined, following a tumultuous 18th century and beginning of 19th century, in 1871.

In 1967, Saint Kitts and Nevis became an Associated State of Great Britain. As we learned when reading about Anguilla, the two were in union on and off but broke apart finally during late 1960s and early 1970s.

The sugar industry came to an end in 2005, thereby concluding a 365 years long tradition.

Today Saint Kitts and Nevis is a relatively prosperous nation, comparable to Panama and Uruguay in GDP per capita. It has a fairly diverse economy consisting of tourism, agriculture, international financial services, manufacturing and mining. 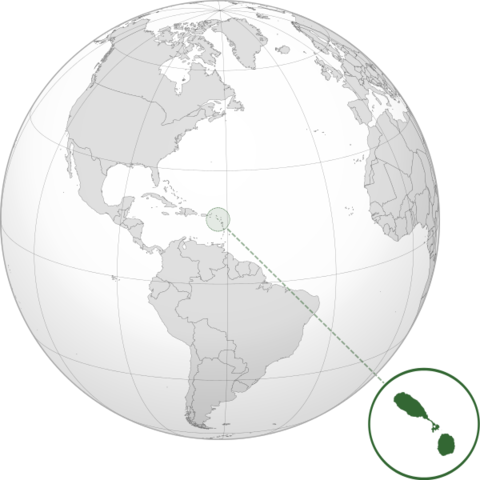 There are two branches of the financial services in Saint Kitts and Nevis. The Nevis branch and the Saint Kitts branch. Both ultimately fall under the Ministry of Finance.

Neither regulator is particularly responsive and their websites are often slow if at all accessible. This won’t affect those who merely seek to form a company or foundation but it can be a disappointing factor for those seeking to establish financial services on the islands.

Companies must be formed through a registered agent.

Modelled on various US LLC laws, the Nevis Limited Liability Company Ordinance (No. 1 of 1995) is probably the most popular offshore LLC jurisdiction in the world.

In a few weeks, I will be writing more in-depth about LLCs (although you can surely find much already written out there). In short, LLCs are pass-through entities (or flow-through entities, or tax neutral entities) meaning that they are while they are their own legal person, they are not in scope for any tax. They also do not have directors and shareholders, but instead members who can be managers or officers. Ownership is divided between members in accordance with a written agreement. This has the side-effect of shares not being at risk of confiscation.

The cost of forming an LLC is around 1,000 to 2,000 USD for the first year and around half of that in annual maintenance.

The Nevis IBC is essentially just your run-of-the-mill, bare-minimum-restrictions IBC:

Bearer shares are permitted but must be immobilized (deposited with a custodian).

Fees are comparable to LLC with many service provider charging a little bit more for IBC.

Foundations are another major financial service in Saint Kitts and Nevis. The Nevis legislation dictates that foundations be multiform, meaning that foundation must elect at formation whether it is be treated as a company, a trust, a partnership, or as an ordinary foundation. This gives an enormous amount of flexibility.

Because of the great flexibility and relatively low cost, Saint Kitts and Nevis foundations are commonly used in asset protection structures.

LLCs, IBCs, and foundations are exempt from tax in Saint Kitts and Nevis.

Without scraping the bottom of the barrel, you’re looking at around 1,000 to 2,000 USD for formation of an LLC or IBC and half of that in annual maintenance. IBCs often cost a little bit more than LLCs.

Required for LLCs, IBCs, and foundations alike. No annual filings are mandated.

Since most of its usage in the international financial services sector is through LLCs, which aren’t necessarily perceived as tax evasion vehicles and because it lacks any significant banking sector, Saint Kitts and Nevis enjoys a mostly favourable reputation with little to no association with money laundering and other serious crime.

It’s still a tax haven, though.

Banking in Saint Kitts and Nevis

The Saint Kitts and Nevis banking sector can best be described as lackluster. While there are six banks licensed in the federation, only one offshore bank is licensed: The Bank of Nevis International (BONI).

Most companies and trusts formed in Saint Kitts and Nevis bank elsewhere.

In short, an investment of at least 400,00 USD in a pre-approved real estate or a contribution of 250,000 USD in the Sugar Industry Diversification Foundation (SIDF) is required.

The final bill usually lands a bit higher than 400,000 or 250,000 USD when accounting for all administrative fees as well as additional costs for dependents.

It is generally not a problem to travel on Saint Kitts and Nevis passports but you may be subject to close inspection, second screening, or questioning.

Citizens are able to take up residence in Saint Kitts and Nevis and most but not all other Caricom countries.

See also The Ins and Outs of a Second Passport.

Living in Saint Kitts and Nevis

It’s not as nice and comfortable as the Cayman Islands but the costs of living here are much lower. There is an enormous divide between rich and poor.

Crime is a concern but normal precautions are sufficient.

There is no income tax in Saint Kitts and Nevis.

See above regarding citizenship.

Saint Kitts and Nevis plays a part in many asset protection structures. It offers no clear advantages for IBCs, save for situations where an above-average reputation is sought but for one reason or another British Overseas Territories are being avoided.