Lacking any significant oil reerves, the Kingdom of Bahrain has been forced to find other sources of income.

It has built up sturdy tourism and financial services sector. Bahrain’s strength as a financial center and strong Islamic banking tradition has enabled it to become a major petroleum producer.

The islands that today make up Bahrain enter history as a part of the Dilmun civilization some 1400 BC.

When the Persian Empire rose, Bahrain became an important trading hub owing to its strategic position halfway through the Persian Gulf.

Bahrain played a central role in the pearl trade. In Greek writing documenting Alexander the Great’s explorations, the island of Bahrain was referred to as Tylos.

Bahrainis converted to Christianity during the 3rd and 4th centuries AD. However, it was replaced by Islam by the mid-600s. Bahrain – at the time a loosely defined term covering a greater area than today’s Bahrain – was among the first to convert to Islam.

In the late 1400s, Oman conquered Bahrain. They held Bahrain until the Portuguese arrived in the early 1600s. The Portuguese were driven out and Bahrain instead asked Persia for protection, which it was granted.

In 1783, after a number of conflicts, the Al-Khalifa family from Kuwait drove out the Persians from Bahrain. This marked the beginning of the foundation of modern Bahrain. The Al-Khalifa rules Bahrain to this day.

In 1913, Bahrain became a protectorate of the United Kingdom following an agreement between the Ottomans and the British. The British recognized Al-Khalifa as the ruler of Bahrain but offered military protection as a part of its strong presence in the Gulf region.

In 1931, oil was found. In 1939, the British expanded Bahrain’s territory by deciding that the Hawar Islands belong to Bahrain and not Qatar.

Bahrain’s move towards a financial center started in 1961. It was known then that the country’s oil reserves weren’t as great as its neighbours’ and the Sheikh Isa Bin-Salman Al-Khalifah sets the foundation for forming the nation into a diversified economy with a strong financial services industry.

In 1971, Bahrain was granted independence under amicable terms with the British.

Bahrain has since been an ally of the west, partaking in the 1991 Operation Desert Storm following a defense agreement with the US. The 1990s were a tumultuous time in Bahrain and led to a number of political reforms in the early 2000s which after a public referendum saw the country becoming a constitutional monarchy in 2001 with almost 99% voting in favour.

Bahrain saw uprisings during the Arab Spring. Severe criticism was aimed at Bahrain by the international community over the brutality by which the uprisings were suppressed. As of writing, the matter is not entirely resolved although the protests are over and the government has made a number of concessions. 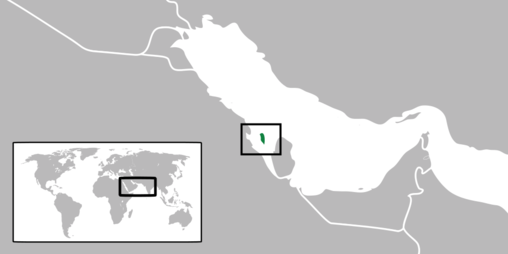 Bahrain has zero corporate tax, except for companies engaged in the oil industry. There are virtually no other taxes on companies.

Forming a company in Bahrain is expensive and can take upwards of two to three weeks, but is nonetheless the best alternative to UAE in the region.

There are a number of different business types available to companies in Bahrain, with the three most interesting being as follow:

These three allow for 100% foreign ownership, including corporate shareholding. An office must be maintained in Bahrain but it’s usually enough to use the office of a reputable law or accountancy firm. Local sponsorship is not required. Trading domestically is permitted.

Directors and shareholders (shareholders who bought shares publicly are exempt) of companies must submit a bank reference as well as a professional reference or employment letter when forming a company.

As the name implies, WLLs are companies with limited liability. Ownership is determined by shareholding. There must be at least two members of an WLL: two directors and two shareholders (also called promoters). However, WLLs cannot have more than 50 shareholders.

WLLs are required to have a share capital of at least 20,000 BHD (circa 53,000 USD) which must be paid up. Furthermore, WLLs must submit audited accounts at the end of each fiscal year.

Interestingly, WLLs are required to maintain a reserve of 10% of their annual profits up to 50% of the company’s capital.

Share capital requirements are higher for BSCs than for WLLs. The minimum is 250,00 BHD (circa 660,000 USD) of which 50% must be paid up immediately and the remaining 50% paid up within three years.

Audited accounts must be submitted at the end of every fiscal year.

A BSC can opt to become a publicly traded company. The share capital must then be 1 million BHD, fully paid up, and there must be at least seven shareholders and five directors.

SPC is a rather unique piece of legislation. Sole proprietorships almost universally do not offer limited liability. The philosophy being that if you operate as a sole proprietor, you are essentially operating as yourself. Bahrain provides are legal entity which protects the sole proprietor from liability.

Audited accounts must be submitted at the end of every fiscal year.

Obviously, SPCs can be formed with just one director and one shareholder.

The Bahrain public records are maintained by the Ministry of Industry & Commerce.

Names and nationality of shareholders and directors appear on public record.

The modern Bahrain banking sector started in 1973 with the launch of Offshore Banking Units. The Lebanese civil war lead to capital flight from Beirut to Bahrain, much of which remained in Bahrain even after Lebanon stabilized. During Arab Spring protests in 2011, which in Bahrain were strongly clamped down, Bahrain lost significant ground to the then seen as more stable nation of UAE.

Bahrain presently has over 100 licensed banks (including branches of foreign banks). Several major international banks are present in Bahrain as well as a large number of regional banks.

Services provided and customer care levels are of a generally high level but there is significant variance between the large banks and the smaller ones, more-so than in for example Europe where even smaller banks are catching up to larger banks. Bahraini banks often have strong ties to UAE (Dubai) and Kuwait.

Personal banking is almost unheard of for non-residents, unless you can convince a bank to open savings or investment accounts for low amounts. Don’t expect to be able to open a personal current account in Bahrain without being a resident or for some reason convincing the bank that it’s worthwhile.

Private banking in Bahrain is not quite up to snuff with Lebanon or some of the better private banks in UAE. What may set Bahraini private banking apart from Lebanese private banking is the Bahrain’s greater reach into regional oil producing countries as well as strong trading relations with India and Pakistan. This may lead to greater investment opportunities and ways for traders to grow your portfolio.

Corporate banking is a mixed bag. It’s easy to find a banks in Bahrain that are willing to open accounts for local companies owned by foreigners and non-residents. Non-resident but regional companies (essentially meaning UAE, Dubai, and Ras al-Khaimah companies) will also have a relatively easy time finding a banking partner in Bahrain.

Non-regional businesses will find it much more difficult to open a bank account in Bahrain. It certainly does happen but it’s not a normal activity. One bank is a notable exception here: BMI Bank. It opened a subsidiary in the Seychelles a few years ago, in part a collaboration with Nouvobanq. It is quite easy to open an account with BMI Seychelles, both for traditional non-resident companies as well as IBCs and IBC-like companies.

Banking secrecy in Bahrain suffered some reputational damages following the 9/11 terrorist attack after it was discovered that Bahrain International Bank (BIB) had held funds involved in financing the terrorist acts. The bank was liquidated in 2004.

Bahrain has loosened its banking secrecy enough to comply with OECD requirements. The kingdom has signed 43 treaties and is able to exchange bank account information. This has helped to quickly improve Bahrain’s reputation after the 9/11 and BIB issues.

Just like there is no corporate tax in Bahrain, there is no personal income tax. The only tax an individual may be subject to are social security (1% for foreigners) or a nominal stamp duty on transfer of real estate. Bahrain is possibly one of the lowest taxed jurisdictions in the world.

So pack your bags and head for Bahrain, right? No, it’s not that simple.

Bahrain has made great efforts to become attractive for tourism, which is a strong and growing sector for the little island nation. Many nationalities, including westerners, are welcome for shorter stays with many being given a tourist visa upon arrival.

But permanent residence is a different thing entirely. Special provisions exist for nationals of GCC (Gulf Cooperation Council) member countries: Kuwait, Saudi Arabia, Qatar, UAE, and Oman. For non-GCC nationals, it is only in the last 10 or so years that it has even been possible to become a permanent resident in Bahrain.

There a different programs available with different conditions to be met, which generally require investments in real estate, several years of previous gainful employment in Bahrain, or by forming a local company. Nearly all non-GCC nationals in Bahrain live in the country on a work permit.

Culturally, Bahrain is a fairly conservative Muslim country. It is not as conservative as neighbouring Saudi Arabia but not as liberal as UAE. While many foreigners get accustomed to life in Dubai or other parts of UAE easily, acclimatizing to Bahrain can be a bit more challenging.

English is widely spoken, owing to the country’s history. It’s entirely possible to live comfortably in Bahrain without speaking Arabic, but learning Arabic is required to get fully integrated into society.

The weather can be excruciating, with summer temperatures sometimes reaching close to +50°C.

Human rights in Bahrain are generally poor. Critics of the government are jailed and anti-government protests are suppressed.

Bahrain’s role in the international finance sector is mostly as a lesser known banking center. Banking is of high quality and can rival UAE and Lebanon.

While incorporating may appear attractive, it is very far behind UAE in number of registrations.

The country’s poor track record for human rights and societal issues may pose a problem to would-be expats, fueled by cultural differences by immigrants from other regions. Again, UAE is far ahead.

This is just a reminder about the survey I am conducting to get a better understanding of you as readers. The Survey takes around 15 – 20 minutes to fill in.

Survey discussions are welcome over on the STREBER Weekly forums.

Be the first to comment on "Jurisdiction Spotlight: the Kingdom of Bahrain"