Have you ever thought about packing your bags and moving to a sunny island where it’s peaceful all the time, the drinks are cheap, and the taxes are low?

Today we will go through ten offshore jurisdictions and explain the pros and cons of living there.

What is being presented here is not cold hard facts based on meticulous research. Don’t take this post too seriously. I am confident that there will be conflicting information available. Tax information was sourced from reports by the likes of Deloitte and PwC, but may not be accurate. The scoring parameters are wild assessments and started off as notes on a couple of napkins during a particularly tedious flight. There is virtually no consistency.

Images are from various Flickr members. Each picture links to the author’s page. 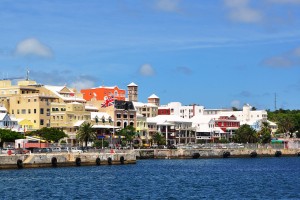 Often thought of as a Caribbean island, Bermuda is actually located in the Atlantic Ocean. Its closest neighbour is the USA.

Once a highly secretive offshore jurisdiction, Bermuda has since taken active steps to increase transparency by weakening banking secrecy and complying with recommendations from organizations like FATF/GAFI and OECD.

Its offshore sector has taken a downward turn but instead its international reputation is getting better.

Bermuda is a sunny paradise island with frequent visits from tourists, mainly Americans.

Much like Bermuda, the Cayman Islands have taken serious steps to clean up its reputation in recent years. Once home to highly secretive banks and corporations, it is now a more transparent jurisdiction, which offers a good balance between transparency and privacy. It has been criticized by some for signing an agreement of automatic exchange of information with the UK. 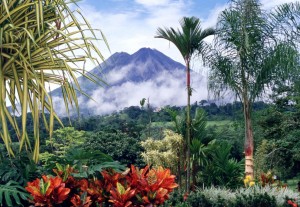 I have more than once heard Costa Rica being referred to as the Wild West of Latin America. And I’m willing to agree.

It’s not that it’s lawless — although it certainly is in some areas; — it’s more about the mentality of the people. Freedom and independence are very important, as are family values and friendships.

Ticos (as the Costa Ricans call themselves) are some of the friendliest people you will ever meet. Once you know enough Spanish to hold even a basic conversation, you will be able to make friends very quickly.

Costa Rica has some of the most beautiful nature and exciting fauna you can find on this planet.

There are, of course, also tax advantages to living in Costa Rica.

Affectionately called The Rock, Gibraltar is a proud British Overseas Territory and a source of great anger with certain parts of the Spanish population.

Gibraltar is a major jurisdiction for import and export as well as financial services and igaming (internet gambling).

After criticism of an unfair corporate structure with zero tax for non-resident companies, Gibraltar changed its corporate law and its reputation and, thus, number of new companies formed in Gibraltar has risen dramatically. 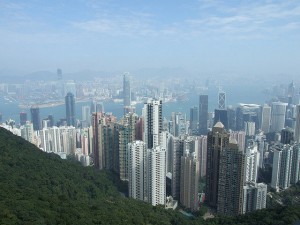 A true metropolis, Hong Kong is the melting pot of Asia, with a large dose of western influence. This skyscraper jungle has everything to offer, with a population that is proficient in English and with straight-forward residency and work permit rules.

Corporate tax rates vary from 0% to 16.5% depending on turnover, corporate structure, and operations. Sales tax does not exist. Income tax is capped at a maximum of 17%.

Hong Kong is one of the largest hubs in the world, with flights to most corners of the world on a daily basis. From the grand and spacious Hong Kong airport, you are rarely more than one layover away from anywhere in the world; often just a direct flight.

A sunny, peaceful island in the middle of the Mediterranean fixed between Sicily and Libya, Malta is home to a clever but complicated tax regime which has nurtured significant foreign investment over the last few decades.

The population is very friendly and easy-going. Striking up a conversation with a stranger is perfectly acceptable and you will find that the nearly everyone is able to speak to you in fluent English with the distinct Maltese accent.

Malta isn’t for everyone. Some expats eventually want to go live in a big city or a country with a more variable landscape. Those who like it there stay for very long, though. 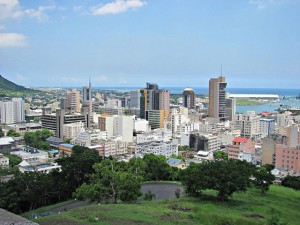 Another sunny and peaceful island, although this time in the Indian Ocean, Mauritius is the home to sugar plantations, clever offshore financial sector, and a lot of tourists. It can also boast about its long political stability, nearly unparalleled in Africa.

Living here is a lot like living on a paradise island. It’s remote and small, but it’s also sunny most of the time and life can be enjoyed at a slow pace and low price point.

Taxes are low, the locals are friendly, and the country is growing in numerous sectors. The cuisine is a wonderful blend of African, Asian, Europe, and indigenous Creole. Some of the finest world’s rum outside of the Caribbean is distilled here.

Beautiful on both coasts with a magnificent jungle in between, and a mix of modern cities and rustic villages in between, Panama is as much a tourist destination as it is an offshore financial center.

The country has made significant improvements since the ousting of Noriega. It is today one of the wealthiest nations in South America, and only contested by Uruguay in terms of ease of integration and assimilation for foreigners. 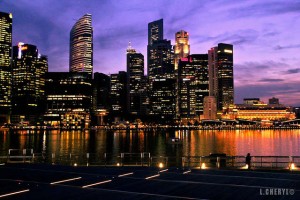 Cleaner and more expensive than the already quite clean and expensive Hong Kong, Singapore year after year wins The World Bank’s Ease of Doing Business ranking.

Moving here is no easy task but once you’ve secured your residence in Singapore, chances are you will enjoy it very much.

A safe and beautiful country with low to medium tax rates, home to some of the most stable banks in the world.

The Swiss have a well-deserved reputation for precision, quality, and punctuality. At the risk of sounding like a tourist brochure, the country run likes clockwork. This is something the Swiss themselves may not notice but take it from someone with a lot of international experience.

It’s an expensive country, but you get your money’s worth. 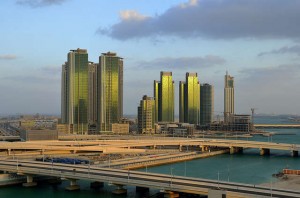 A country of contrasts. UAE is at times a conservative Muslim country and at times a bohemian paradise bordering on decadence. There is significant difference between the emirates and even cities within the emirates.

Many foreigners who go to Dubai end up finding the city too intense. Abu Dhabi offers are more down-to-earth environment but is also more conservative which may clash culturally with some foreigners.

You will notice that some jurisdictions are missing, such as Belize and The Seychelles. That is because they are not places even worth considering living in. Belize has huge problems with poverty, corruption, and crime.

It is however quite easy and cheap to obtain Belize residency. You have to renew it monthly and twice a year, you must leave the country and return no earlier than 24 hours after departure. Belize can be tolerable in the cayes, but life there is remote and expensive.

The Seychelles is expensive to live in and the taxation is high for residents, with little to no room for optimization. It is also less financially stable than for example Mauritius.

The world is full of interesting places to live. This was just a list of some of them.

The scores shouldn’t be seen as a ranking. Malta getting the highest score doesn’t mean much if you are the type of person who enjoys a big city feeling and nature, just like UAE’s (relatively) low score is no indication of it being a bad place to be.